14 Greatest Lion Movies of All Time 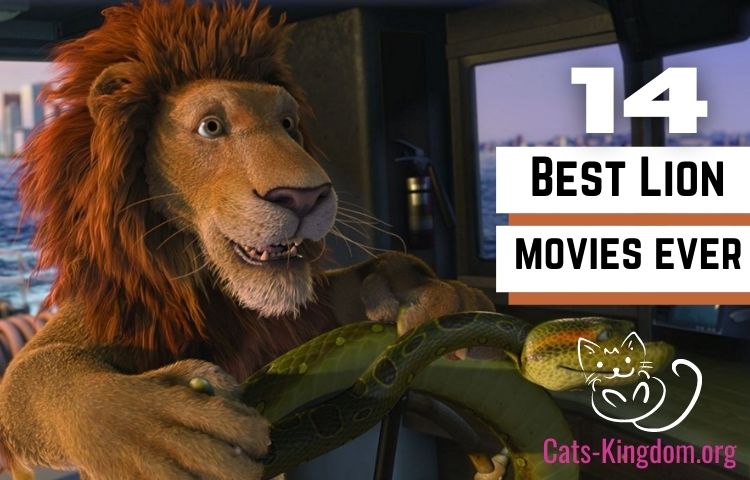 Are you looking for a good lion movie? If yes, then you have landed on the right page. In this post, I’ve shared the 14 Greatest Lion Movies of all time.

The list is made after doing a significant amount of research and I’ve refrained from adding sequels of an already popular lion movie so that it doesn’t waste an extra space.

Lion of Oz is a part of the big Oz movies franchise from Disney. It is a really nice lion movie that kids will enjoy very much.

The story is written very cleverly and the main characters have depth in them. Though the animation quality is not up to the mark, it’s still a great watch.

The story is about a young circus lion who travels to the magical land of Oz on a hot air balloon.

There he confronts the Wicked With of the East who forced him to get her the Flower of Oz since it will make her powerful. The lion decides not to fulfill the Witch’s demand and goes against her.

Jungle Emperor Leo is a famous Japanese animate movie that gained a lot of love and appreciation from people worldwide.

The movie comes with a great social message of protecting nature and advises humanity to stop exploiting the earth for their greed.

Leo is a young Lion Emperor who lived in a very thriving forest with his family. But the peace and tranquility of the forest are disturbed when humans start to deforest the lands for mining precious stones.

Now it is up to Leo and his family and friends to protect the forest.

Lena and Snowball is a new lion movie that came out in 2021. It has received mixed reactions from the audience with very few harsh criticisms.

It is a heart-warming movie about friendship that you can watch with family.

Lena is a young teenage girl with no friends and gets bullied at school. Her dream is to have a true friend. Her wish is fulfilled when a cute white lion cub enters her life.

The evil people who initially had the lion cub want it back. But Lena will do everything to protect her furry friend.

Prey is a nail-biting lion movie that keeps you on the edge of your seat and makes you feel the tension that the main characters are feeling in the movie.

Though the movie has its flaw it is definitely a good one-time watch.

Tom sends his family on a safari trip to enjoy the wildlife in Africa. But unluckily his family comes across a few starving lions who kill the ranger and the family gets trapped in the jeep.

When Tom finds out that his family hasn’t returned, he decides to take the help of a pro hunter and starts the search for his wife and kids.

The Wild is a complete package of a movie. It has comedy action, emotion, and a super crazy storyline. The movie takes you along on a ride with these loveable animals that are on a mission to help a friend.

The movie is not only perfect for children but also excellent for adults to watch and have a good laugh.

Ryan is a young lion who grew up in a zoo but he always wished to live in the wild as his father did, so he jumps on a ship to Africa.

Worried about Ryan’s safety, all his animal friends from the zoo decide to go to Africa and bring him back.

Upon reaching Africa they all realize that they have entered into completely unfamiliar and very dangerous territory.

Fluffy is a super entertaining lion movie. It’s been well over half a century since the movie was released, so for a few people, the comedy might feel a little corny for present times.

But despite all that, Fluffy is worth watching with family and friends.

Daniel Potter is a scientist who owns a pet lion named Fluffy. Potter trained Fluffy to be a very nice pet but people still fear him.

When a rumor spreads that Fluffy has eaten someone, Potter has to go on a run with his lovely pet to save him from the guns of the Police.

8. The Chronicles of Narnia

The Chronicles of Narnia is a highly acclaimed fantasy movie that has made a mark in the cinema world. The movie though centers around four kids, it features a very influential lion character which is the highlight of the movie.

It is a must-watch for every lion lover who also enjoys a good fantasy.

The story revolves around 4 siblings who find a secret passage to the mystical world of Narnia through their wardrobe.

They soon learn that Narnian people lives under the terror of a Snow witch and the siblings are destined to fight her. In this endeavor, they are supported by a majestic magical lion called Aslan.

White Lion is a fascinating movie that gives you the feel of a documentary but doesn’t make things boring at all. The scenic beauty shown in the movie is breathtaking.

The story moves at a constant pace and keeps everything interesting for the viewers.

Gisani belongs to an African tribe that considers White Lions to be very auspicious. When Gisani comes across a white lion cub, he names him Letsatsi and decides to be his protector by just keeping an eye on him from the shadows.

The two grow up in their respective worlds facing their individual challenges in life.

There are very few movies made with a female lion in the central role. And not the only reason that makes it great.

Everything from the story to the direction is just phenomenal. The movie makes you root for the characters and feels the emotions they are feeling.

The story starts with a young and energetic lioness named Suki who goes against her pride and mates with a lion from another pride. It causes a rift between Suki and her family.

But when she finds out that her family is in trouble, Suki decides to leave the differences behind and help them out.

5. The Ghost and the Darkness

The Ghost and the Darkness is a thriller lion movie with tonnes of action and a gripping storyline. If you wanna watch a movie that is dark and features lions in it then this is the one for you.

Witness the carnage created by two beastly lions that’ll instill fear in you.

During a railroad project in Africa, a few workers are attacked by two vicious lions. It causes terror within the workers and the work stops.

This causes the chief engineer Patterson to call upon a famed hunter Charles Remington to find and hunt the lions.

Born Free is a classic movie that will get a spot on everyone’s list of the best lion movies. Though the picture quality is not very good, it can be ignored considering the time the movie was released.

It is the story of a couple, George and Joy, who lives in Kenya and are tasked to protect the human-wildlife balance. They adopt a lion cub and name it Elsa. The cub grows it a healthy lioness away from the wildness.

When George and Joy are asked to send Elsa to a zoo, the couple decides to move Elsa into the wild. But first, they need to train her so that she can survive on her own.

Madagascar is a highly entertaining animated lion movie that has many interesting animal characters on a hilarious adventure.

Alex is an adult lion who has lived his entire life in a zoo with his other zoo friends. Marty, the zebra who wishes to live his life in the wild secretly boards a ship to Madagascar.

Alex and the animals in the zoo also board the ship to help Marty but end up sailing to Madagascar. Will the animals who haven’t ever been outside the zoo survive in the wild?

Even though the movie is comedic, it gets really emotional at moments and it is the beauty of this amazing movie.

2. Mia and the White Lion

Mia and the White Lion show one of the best human-lion relationships ever picturized. It is a beautiful lion movie made for people of all ages.

The story doesn’t do anything extraordinary but still leaves a sweet warmth in your heart.

The movie revolves around Mia, an 11-year-old girl who lives with her family on a lion farm in South Africa.

Her best friend is a cute white lion cub and they both are inseparable. Three-year pass and the cub has turned into a magnificent adult lion.

When Mia accidentally learns that her father has sold the White lion, she panics and decides to escape with the lion to protect his life and thus a new adventure begins.

The Lion King is the most popular lion movie to date. It has been close to 3 decades since the movie was first released and now it is a highly successful franchise with numerous sequels and shows under its belt.

The Lion King is the story of a young lion cub Simba, the Prince of the Pride Land. He idolizes his father and wishes to be like him when he grows up.

But Simba’s happy life is destroyed when his father is killed by his uncle who wants the throne. Simba runs away to save his life but vows to return and get his revenge.

That movie has all the elements that make it great and is a must-watch for everybody.