Cat Parents! Where you at?

Cat Parents! Where you at? 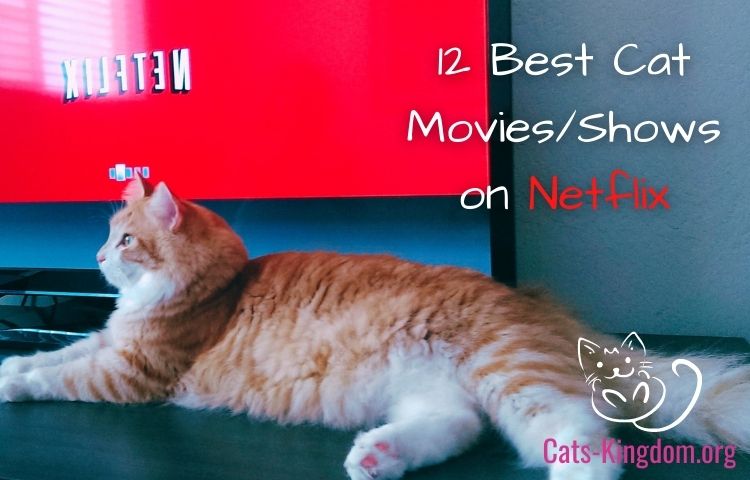 I don’t have to tell you how much I love cats. As you can see, I have created a whole website dedicated to them. So from time to time, I crave a good cat movie or cat show to watch, and I’ve practically watched every good cat movie/show on Netflix.

In this post, I’ll be sharing with you a list of 12 Cat movies on Netflix (includes movies, shows, documentaries) that I liked very much, and I’d highly recommend you to watch them too.

If you are looking to watch something casual then you should check out this cat movie on Netflix.

It is branded as a documentary on the streaming site but it is more of a compilation of cat videos. Try it if you are craving cat content.

A collection of homemade videos compiled in a 1-hour format that shows famous feline Abatutu in all its charms.

The movie presents all the finest and friskiest moments of a cat in and around the house.

As a big cat lover myself, I was really hyped up to watch this documentary series when it aired on Netflix.

If you are a cat parent then I am sure you’ll relate to the people shown in this series. It is a good one-time watch.

Cat People is a docuseries that dives deep into the lives of people who share a common love for their feline friends.

The show tells the stories of sweet and shocking people who have committed their lives to these magnificent creatures and are not afraid to admit it.

44 Cats is an Italian Kids’ cat show that gained popularity around the world and is streaming on Netflix in various languages.

It is a show made for kids and you may not enjoy it as much. But who knows you might find it fun to watch as I did.

It is a comedy series revolving around the that follows the everyday events of four felines named Lampo, Milady, Pilou, and Meatball.

Together they formed a musical band called ‘The Buffycats’.

Have you seen or heard about a cat show called “Oggy and the Cockroaches”? Oggy Oggy is the spin-off story of the original TV cat show on Netflix.

It is based on the main character of the original series when he was a kitten and shows his fun life as a kid.

Oggy is a small blue kitten who likes to spend his time with his cat friends in the kitty world where everything’s made out of kid toys.

Kid-E-Cats is a beautiful cat show on Netflix for the young ones out there. The series uses little kittens to teach life lessons and values to its viewers, which is very beautiful to watch.

A must-watch for all the little kids and even adults too.

The story revolves around three sibling kittens: Cookie, Pudding, and Candy. They are filled with energy and enthusiasm and every day is a new opportunity to explore something new.

The kittens along with their family and friends learn new life lessons and have lots of fun along the way.

When I was young, I used to play the Talking Tom game on my parent’s smartphone and I decided to watch this cat show on Netflix for the sake of nostalgia.

It is fun series that keeps you engaged and is definitely a great pass time.

Tom and his friends are on a mission to realize their dreams. They work on creating new apps and tech gear. Filled with awesome ideas, and a great sense of humor, a talking cat sets out to become famous.

It is a perfect feel-good cat movie on Netflix. You can watch it with family and friends and have a great time together.

The friendship between the cat and its owner is very beautiful to watch and is the highlight of the entire movie.

Christmas is coming and Petterson promised Findus that they will celebrate the best Christmas ever.

But snowy weather and a lack of x-mas trees can hamper their desires to enjoy the festival.

Findus is afraid that Christmas is going to be canceled, so he decides to take charge.

If you are a 90s kid then surely you are familiar with the show. Garfield and Friends (1988) was one of my most favorite cat cartoons ever. So I gave chance to this newly revamped cat show on Netflix.

The Garfield Show is a nice attempt to reach out to people like us who grew up watching the original. It is fun series that caters to all kinds of audiences, young and old.

Garfield is a pet cat who lives with his owner Jon and his pet dog Odie. Garfield is an overweight, super lazy cat who likes to eat.

He is sarcastic and likes to mock Odie and do pranks on him. He has some other animal friends with whom every day is an adventure.

Scaredy Cats is a new cat show on Netlfix that is less than a month old at the time of writing this post. It is a nice show to watch with kids and with family.

The show is made with keeping kids in mind, so don’t expect some serious and deep storyline.

Willa Ward on her 12th birthday gets a magical amulet as a gift that opens a world of witchcraft, talking animals and so much more.

She along with her best friends shape-shift into cats and explores this new dangerous world filled with adventures.

3. The Adventures of Puss in Boots

I’ve always been a great fan of the Puss in Boots franchise. When I found out that they have released a whole season, I watched it in a heartbeat, and it was all worth it.

This entire cat show on Netflix is a joy ride filled with emotions and laughter that I’d highly recommend you to watch.

Puss unintentionally breaks the magical spell that protects the hidden village of San Lorenzo from intruders.

His mistake exposes the legendary mystic treasure of San Lorenzo to the outside world and becomes a target of the invaders.

Now, it is up to Puss to defend the village, and subsequently, find a way to revive the protection spell that will hide the village once again.

A Whisker Away is a cat movie on Netflix that definitely deserves to be watched by you. Though it is not completely cat-centric, it’s a major part of the plot so I decided to add it to this list.

Since it’s a Japanese movie, and if you are a fan of Anime then you’ll surely find it to your liking.

Miyo is a highly enthusiastic girl who has a crush on a boy named Kento. She also has the superpower to turn into a white cat.

Miyo decides to use her power to get close to Kento in which she succeeds. Kento is very fond of the white cat unknowing of the fact that it is actually Miyo. Will Miyo continue to live like this or tell Kento about her real identity?

Puss in Boots is probably the most popular cat movie on Netflix. The story holds good meaning, and along with comedy and action, it provides valuable moral to its viewers. Excellent to watch for not only kids but adults as well.

Puss is a pussy cat with fancy boots and he is a good fighter. Puss is in search of magic beans that will lead him to golden eggs.

In his adventure, he comes across some powerful foes, meets old acquaintances, finds love, and faces betrayals. 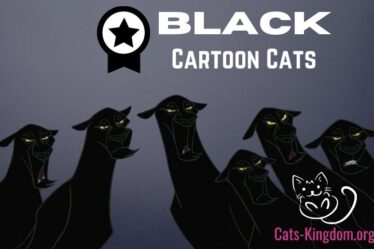 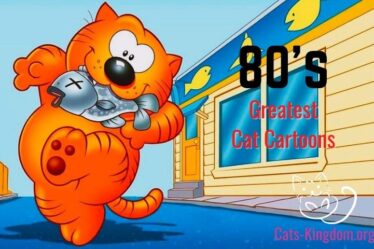 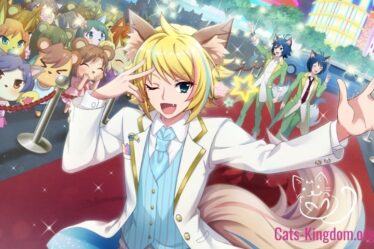