What to Know About Cats With Green Eyes? – Explained Below 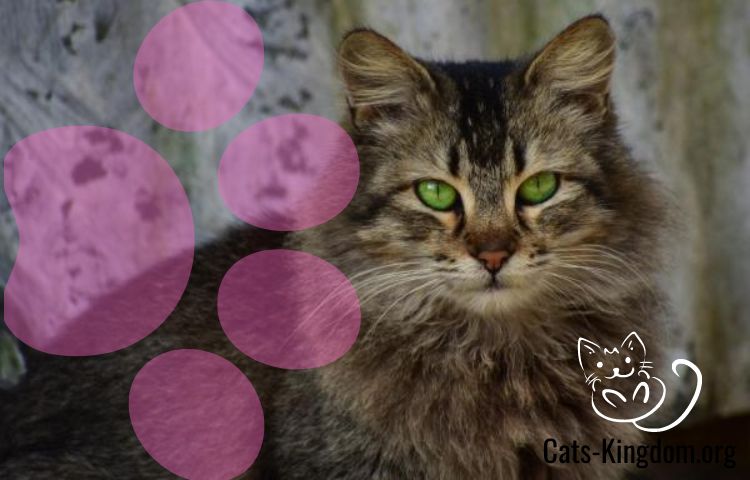 Few plants and animals that have the hue of money are as fascinating as our feline friends. The mysteriousness of cats with green eyes is incredible! Let’s use the green-hued peepers to learn more about these lovely animals.

All cats are born with their eyes closed. For the first seven to ten days of their lives, they are completely in the dark. It takes roughly two weeks for the transition from partially opened to fully opened. Cats’ eyes are blue when they initially open. Cats typically start to change their eye color about 6 weeks of age. Their true eye color ought to be seen by the age of six months. They may remain a shade of blue, change to a coppery tone, turn any shade of yellow, and naturally, land on the green spectrum.

How is cat eye color determined?

The color of a cat’s eyes has to do with a few factors within the iris. Basically it’s all cellular: melanin and melanocyte activity. The color is determined by two variables: hue and intensity. The more melanin, the more intense the color. Melanocytes, also found in the iris, control the color (the more there is, the darker the eyes will be).

One interesting facet regarding the variety of colors that cat’s eyes possess comes from the most unlikely of sources: humans. That’s right; somewhere in the domestication process of kitties sprang a rainbow-like range of eye colors. According to Juan J. Negro, M. Carmen Blázquez and Ismael Galván, in their abstract, Intraspecific eye color variability in birds and mammals: a recent evolutionary event exclusive to humans and domestic animals, most wild animals have a very limited eye color available within a species.  And, of course, domestication brings along selective breeding and, with it, a broader range of cat coloration – including coats and eyes.

Popular Read:  What It Means When Cat Ears Are Back?

Green, green were her eyes

In people, only about 2% of the population are believed to have green eyes. This is due to the fact that there is less melanin mixing with pigment-producing pheomelanin.A gray tabby cat with green eyes close up.

Some of the most famous cats on the internet boast a green eye. Odd-eyed cats, aka cats with two different eye colors, often sport a green eye and a blue eye, like Venus, the two-faced cat. Alos also has bi-colored eyes, which is scientifically known as Heterochromia Iridis. This is not to be confused with Sectoral Heterochromia, which is when the iris has different colors within the same iris.

The internet also has some darlings with two green eyes:

And an honorable mention for popularity and stunning green eyes is Morris the Cat – the celebrity hawker of 9 Lives cat food, who over the years has been a series of rescued orange tabbies!

While many mixed-breed house cats have green eyes, they are the either the conformation standard for some standout felines or one of a few accepted standards.

Make mine a rescue

Of all the types of cats with green eyes, among the most cherished are rescue cats! As evidenced by the number of rescue kitties who are in the hallowed celebrity circle, there are many gorgeous kitties with green eyes ready to go home at your local shelter. A ginger cat with large, wide eyes.

“Our black cats with especially green eyes usually go home pretty quickly,” shares Gabby Stroup, shelter manager at North Fork Animal Welfare League. “A lot of times the black cats’ bodies and coats look really similar, so the shelter staff identify them by their eye color. Even when they have green eyes, no two cats have the same colored eyes.”

Amy is the perfect example. Her eyes are not just green, but one is more chartreuse and the other is more teal-mint!

Whether you’re looking for a purebred or a rescue, a cat with green eyes will melt your heart and make every day a bit brighter – just like their eyes!