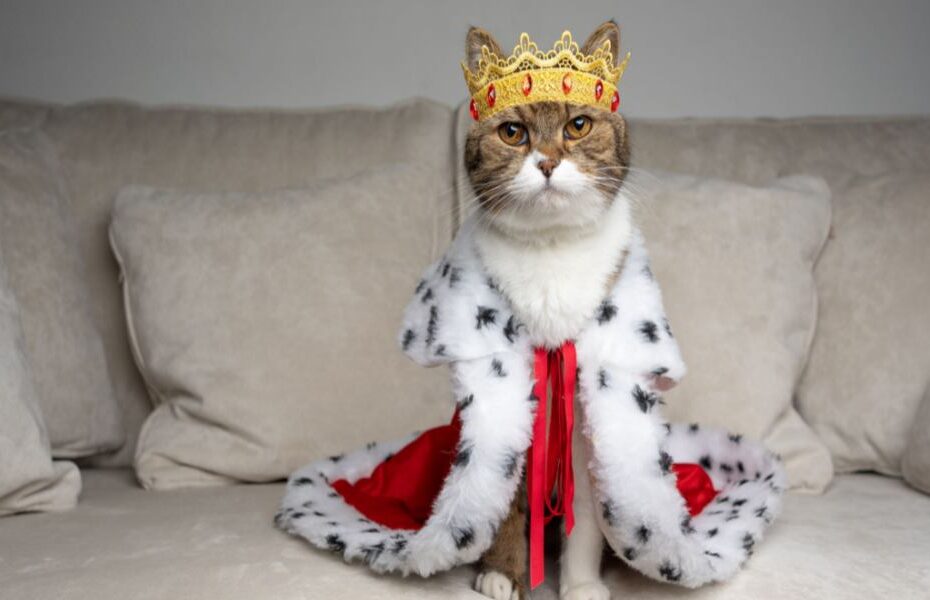 Cats are some of the most beloved pets in the world, and it’s no wonder why. They are cute, cuddly, and full of personality. If you have kids at home, chances are they love cats just as much as you do. And what better way to bond with your little ones than by reading them sweet and simple cat stories?

In this blog post, we’ve compiled a list of 6 adorable cat stories that are perfect for kids. From playful kittens to mischievous cats, these stories are sure to delight and entertain your little ones. So, curl up with your kiddos and enjoy these heartwarming tales of feline fun.

1. Jane And the Ocean Treasure

Once upon a time, in a small village by the sea, there lived a little cat named Jane. Jane was a curious and adventurous cat, always exploring and getting into mischief.

One day, Jane heard about a treasure hidden deep in the ocean. She was determined to find it, so she set off on a journey to the end of the earth. She sailed on a ship, climbed to the top of a mountain, and even flew through the air on the back of a giant seagull.

Finally, Jane reached the treasure. It was a beautiful golden fish, swimming in a crystal clear pool. Jane was so excited that she couldn’t wait to show it to all of her friends. She picked up the fish and started to run, but she didn’t watch where she was going and ended up tripping over a rock. The fish flew out of her hands and back into the water.

Jane was sad, but she knew that the fish belonged in the ocean where it was free to swim. So, she said goodbye to her treasure and set off on a new adventure, ready for whatever lay ahead.

Once upon a time, there was a little kitten named Ginger. Ginger was a curious and playful kitten, always exploring and getting into trouble.

One day, Ginger’s family took her to the park to play. Ginger was so excited that she could hardly contain herself. She ran around in circles, chasing after birds and playing with the leaves.

As Ginger was running, she spotted a big, fluffy rabbit hopping through the grass. Ginger’s eyes went wide, and she started to chase after the rabbit as fast as she could.

The rabbit was quick, and Ginger had a hard time keeping up. She ran and ran, darting in and out of the bushes and under the trees. Just when she thought she had caught the rabbit, it would hop out of reach again.

Finally, after what seemed like hours, Ginger collapsed in a heap, panting and exhausted. She looked up to see the rabbit sitting a few feet away, watching her with a twinkle in its eye.

Ginger realized that the rabbit had been playing a game with her the whole time, and she couldn’t help but laugh. She gave the rabbit a little wave and headed back to her family, ready for the next adventure.

Once upon a time, in a small village nestled in the heart of the forest, there lived a curious little cat named Luna. Luna was a fluffy, tabby cat with bright blue eyes and a love for adventure.

Every day, Luna would wake up early and set out to explore the world around her. She would prowl through the forest, chasing butterflies and playing with the other animals. But Luna’s favorite place to explore was the old abandoned mansion on the edge of town.

One day, as Luna was wandering through the mansion’s garden, she stumbled upon a small, hidden door. It was covered in vines and cobwebs, and Luna had never noticed it before.

Curiosity getting the better of her, Luna pushed the door open and slipped inside. She found herself in a dim, dusty room filled with old furniture and strange artifacts. Luna’s whiskers twitched with excitement as she began to explore.

As she was poking around, Luna heard a faint noise coming from the corner of the room. She turned to see a small, ornate chest, glowing with a soft, golden light. Luna couldn’t resist the temptation, and she used her paws to pry open the chest.

Inside, Luna discovered a glittering treasure trove of jewels and gold coins. She couldn’t believe her luck, and she spent the rest of the day playing with her new found riches.

From that day on, Luna became the wealthiest cat in the village, and she lived happily ever after, exploring and having adventures to her heart’s content. The end.

Once upon a time, there was a little kitten named Max. Max lived in a cozy house with his human family, and he spent his days playing with toys and chasing after balls of yarn.

One day, Max’s family decided to go on a picnic in the park. Max was so excited that he could hardly contain himself. He ran around the house, getting under everyone’s feet and meowing loudly.

Finally, the day of the picnic arrived. Max’s family packed a big basket with sandwiches, fruit, and cookies, and set off for the park. Max rode along in his special cat carrier, peeking out at the world as they drove.

When they arrived at the park, Max’s family set up a blanket under a big oak tree and started to eat. Max was feeling left out, so he decided to explore the park. He wandered off into the bushes and soon found himself lost.

Max started to get scared. He didn’t know how to find his way home. Just as he was starting to panic, he heard a familiar voice calling his name. It was his family, looking for him.

Max ran towards the sound of the voice and was soon back in the arms of his loving family. They all had a big hug and a laugh, and Max learned that it was always important to stay close to the people he loved.

There was once a friendly little cat named Tom who lived in a cozy house with his human family. Tom loved nothing more than playing with his toys and snoozing in the sun, and he spent most of his days lounging around the house.

One day, Tom heard a strange noise coming from the kitchen. He pricked up his ears and followed the sound, curious to see what was going on. When he arrived in the kitchen, he saw a small, fluffy mouse rummaging through the pantry.

Tom was surprised, but he wasn’t scared. He had always been a curious cat, and he was fascinated by the little mouse. He crept closer, trying to get a better look.

The mouse saw Tom and froze, scared out of its wits. But Tom just smiled and waved, trying to show the mouse that he wasn’t a threat. The mouse hesitated for a moment, then scurried over to Tom and climbed up onto his paw.

Tom was thrilled. He had always wanted a pet mouse, and now he had one. He carefully picked up the mouse and carried it back to his bed, where he spent the rest of the day playing and snoozing with his new friend.

From that day on, Tom and the mouse were the best of friends. They spent every day together, playing and exploring the house. And Tom knew that he would always have a special place in his heart for his little mouse friend.

There once was a mischievous little cat named Whiskers. He lived with his human family in a cozy little house, and he spent his days lounging on the couch and causing trouble.

One day, as the family was sitting down to dinner, Whiskers decided he wanted to join in. He snuck into the kitchen and climbed up onto the table, where he promptly snatched a large roast beef off of the platter.

The family was shocked, and they chased after the little thief as he ran off with his prize. But Whiskers was too quick for them, and he scampered up a tree in the backyard, where he sat smugly munching on the roast beef.

The family tried everything to get the roast beef back, but Whiskers refused to give it up. Finally, they decided to just let him have it and made themselves a new dinner.

From that day on, Whiskers was known as the roast beef thief, and every time they had a big family dinner, they made sure to save a special treat just for him. The end.