What It Means When Cat Ears Are Back? 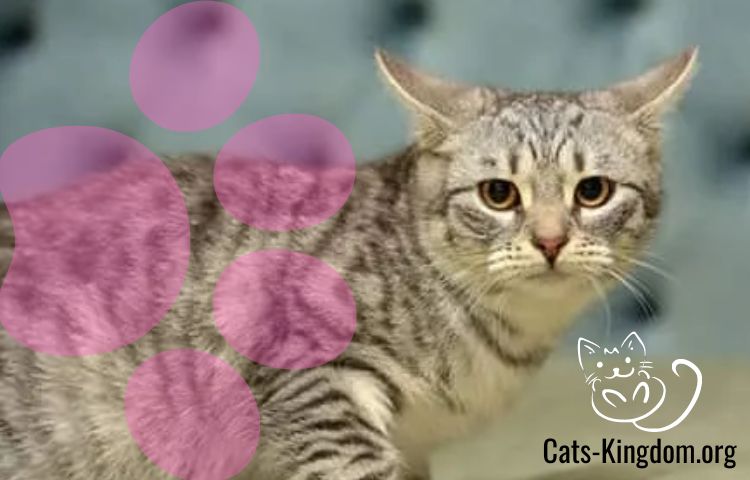 All members of the animal kingdom depend on their ears for communication. We are able to assess any scenario rapidly because to the words, sounds, and inflections we hear. Except for that one uncle who can move them, folks are mainly static. However, cats employ their ears in ways that surpass human parlor games. They can independently rotate to 180 degrees, hear at higher frequencies, and locate a squeak at a distance five times greater than that of people. Cats’ ears are not just for hearing; they are also informational beacons. Cats with their ears back are conveying a crucial message. Let’s find out what it means for cats to have their ears back and how you may utilize this knowledge to communicate with your cats.

Do your cat’s ears hang down or are they tipped back?

Airplane ears in cats aren’t at the same level as pinned-back ears. Cats evolved to maximize their survival. While they are often considered hunters, they are also prey animals. Being able to hear prey and predators is key to staying alive. That’s where the engineering of a cat’s magnificent ears takes center stage. Cat ears rotate toward sound. Cats point their ear canals in the direction of your voice or a suspicious rustling. Their ears also signify their moods. Ears up and forward means that they’re alert. Ears that point sideways, aka “airplane” ears, indicate that they’re getting nervous or anxious. You’ll probably notice your cat making airplane ears when experiencing something foreign.

Cats with their ears back in a pinned position, however, are sending a different message. Author Dr. Katherine Houpt, VMD, PhD, Diplomate — American College of Veterinary Behaviorists James Law Professor of Behavior Medicine, emeritus, says, “The more fearful a cat is, the flatter the cats ears will get. Most cat aggression is rooted in fear.”

Cats with their ears pinned back exhibit increased aggression

For cats with their ears back, while the stimulus may spring from fear, it often turns to aggression. In addition to paying attention to the cat’s flat-back ears, monitor his pupils. “You can tell how scared a cat is by his pupils — the more afraid a cat is, the larger his pupils will become. However, an offensively aggressive cat will not have large pupils. And a cat moving his head side to side with ears turned back is in a very aggressive state.”

Dr. Margaret Gruen, PhD, North Carolina State University, College of Veterinary Medicine, says, “Often, when aggression is escalating, pinned-back ears will be accompanied by other [things], including body posture and vocalizations consistent with aggression. The cats are trying to tell us something, we just need to be willing to listen.”

How to handle cats whose ears are pinned back?

Dr. Houpt indicates that most cat aggression is toward other cats. A trip out of your cat’s comfort zone, like an appointment at the veterinarian, can result in cats with their ears pinned back. It’s helpful to speak cat when calming an aggressive feline, and to fully assess the situation.

If you find your cat displaying pinned-back ears, proceed with caution. “Putting an upside-down laundry basket over the cat is a good way to quickly contain him,” says Dr. Houpt. She explains that you can then gently push the cat into another room, where he has the opportunity to quietly settle down. This fast maneuver can help prevent a cat attack. Dr. Hoput recommends checking on the cat every hour. While checking on the cat, offer him food. You’ll know he’s feeling better when he takes the food.

Since triggers, like going to the veterinarian, may create aggressive cats with pinned-back ears, conditioning the cat to the process leading up to the trigger is helpful. If your cat becomes aggressive during vet visits, Dr. Marty Becker, DVM, suggests leaving the cat carrier out and rewarding your cat when he goes in it. Leave a bowl of his favorite food in there with the door open — letting your cat know the carrier is nothing to be afraid of is important. Dr. Becker also recommends taking the cat on practice runs to the vet’s office, where the cat gets more treats with each journey. Again, alleviating the fear that leads to aggression is the ultimate solution to avoiding flattened ears and ruffled fur.

Make your own ears perk up

Living with cats means taking the time to understand your cat’s intentions and emotions. Your kitty’s ears are windows into his world, so paying close attention to them is crucial. Cats with their ears pinned back, without showing their ear canal openings, is a surefire signal that it’s time to proceed with caution. Recognizing what your cat’s ears are telling you will help you handle your cat properly.