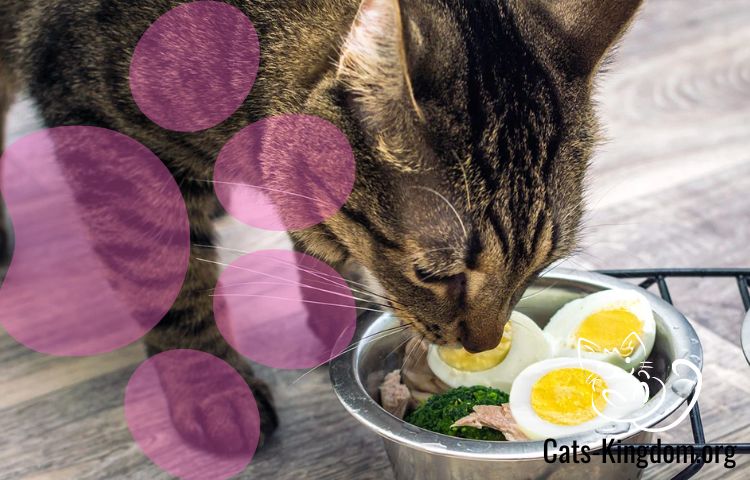 Can cats consume eggs? Are eggs healthy for cats, if they can eat them? Eggs have experienced serious PR issues throughout time. It was widely believed that eggs, or at least their yolks, were extremely harmful when I was a child in the 1970s and 1980s. Cholesterol, which has been related to heart attacks, was present in egg yolks. I was raised on Egg Beaters (essentially, egg whites with yellow food coloring). Additionally, we typically avoided the yolks when genuine eggs were presented. Due to his concern for waste, my father did not want to discard the yolks in this situation. In spite of my vehement protests, they were instead fed to the cat. My immature mind reasoned that if egg yolks could induce heart attacks in humans, they must be dangerous for cats as well.

Are eggs healthy for cats and can cats eat them?

Thank goodness for modern times! The cholesterol-causes-heart-attacks-in-humans myth still lives on in many circles. However, the most modern and objective research suggests that it is not dietary cholesterol that causes human heart disease. Rather, blood levels of “bad” cholesterol in people tend to go up when we eat too much (of anything and everything) and exercise too little. So, eggs, in general, are safe for people to eat.

The same is true when examining the question “Can cats eat eggs?” For our feline companions, dietary cholesterol was never an issue at all. Those egg yolks did not harm the cat — the only harm done was to our family, who missed out on their deliciousness.

Cats do suffer from heart disease, but they generally do not suffer from atherosclerosis (which, in humans, was the source of the anti-cholesterol craze). There are two main types of heart disease in cats. One, hypertrophic cardiomyopathy, is largely hereditary and not linked to lifestyle (although feline obesity exacerbates it). The other, dilated cardiomyopathy, is linked to dietary taurine insufficiency. This condition has been almost completely eliminated by taurine supplementation in cat foods. Oh, by the way: Eggs are a wonderful source of taurine.

In fact, whole egg is considered by nutritionists to be the most perfect source of protein for animals.

So, for the record: Unless your cat is specifically allergic to eggs (and egg allergies are not common in cats), then it is safe for your cat to eat cooked eggs in moderation.

Why should cats only eat eggs occasionally?

If the answer to “Can cats eat eggs?” is yes, why must they eat them in moderation? Although eggs are wonderfully nutritious, they do not contain complete and balanced nutrition for a cat. A cat fed nothing but eggs would be expected to develop significant dietary deficiencies. Cooked eggs fed as treats, as a supplement to cat food, or as part of a homemade diet that has been professionally tailored by a veterinary nutritionist, are fine.

What about eggs that are raw?

Merely mentioning the word raw will cause any seasoned Internet writer to wince. Raw food is the third rail of veterinary writing and blogging.

One of my favorite foods in the world is steak tartare. This delightful dish is composed of seasoned raw chopped beef, topped with a raw quail egg. Merely thinking of the dish, with some French fries and washed down with a Kronenbourg 1664, makes me want to leave my office and head directly to the nearest French bistro. I am not afraid to eat raw food myself.

Popular Read:  Why Do Cats Chirp At Birds? - Answered In Detail

I’m also not great about toeing the veterinary line when it comes to raw diets. Officially, I’m supposed to be opposed to feeding raw because of the potential for zoonotic bacterial infections. Cooking kills bacteria. Raw foods therefore are more likely to contain bacteria. Those bacteria, such as Salmonella, E. coli and Campylobacter, can infect cats, and can then spread to people. Don’t pooh-pooh the notion. I have met several clients who confided that they contracted such infections in such a manner.

However, if you know and accept the risks and you wish to feed raw food to your pet, then that is your business. There are an awful lot of cats who are doing very well on raw diets.

Raw eggs, however, are special — sort of. Yes, they can contain bacteria. But egg whites also contain a protein called avidin, which binds biotin (also known as vitamin B7). Overconsumption of avidin could cause biotin deficiency. Cooking denatures the avidin. Therefore, it is recommended that cats consume only cooked eggs.

So, can cats eat eggs raw? Let’s be honest and realistic: A cat would have to eat a LOT of raw egg, probably over a period of months or years, for such a deficiency to develop. Are raw eggs really that bad? Probably not.

So, in my opinion, the answers to “Can cats eat eggs?” and “Are eggs good for cats?” are that eggs are good for cats in moderation. Period. They taste good, they are nutritious, they are healthy for people and they are safe for cats.

Popular Read:  Why Do Cats Yowl and What Does It Mean?- Explained In Detail

But let me end with a note about moderation. If you think that feeding your cat an egg a day is moderation, then think again. One egg per day in a 10-pound cat translates roughly to 15 eggs a day in an average-sized adult human. When one does more precise calculations, considering our differing metabolic rates, one egg for a cat translates to around eight eggs for a person. That, in my opinion, is not moderation.

Tags:Cat Behavior
previousWhat It Means When Cat Ears Are Back?
nextDo Cats Cry? – Answered In Detail