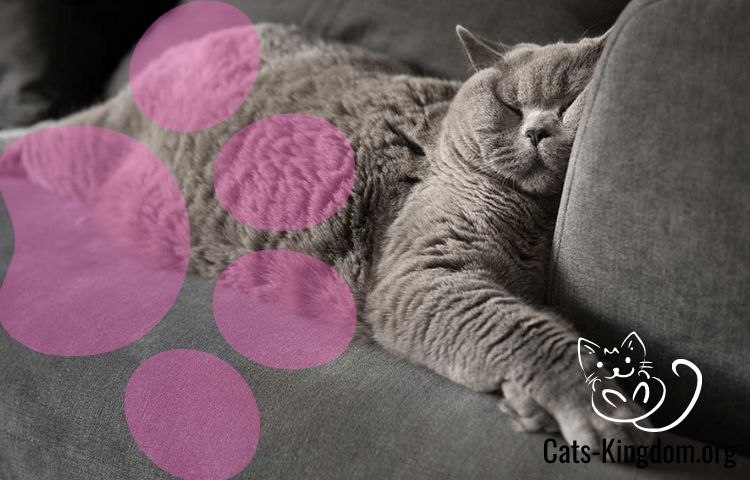 Do felines snore? And if they do, should you be concerned about cat snoring? The quickest response is yes, some cats do snore. There may be no issues for many. But occasional cat snoring can be a warning indicator.

Why does snoring in cats occur?

When the “upper airways” – the throat, back of the mouth (the so-called pharynx), or nose — vibrate audibly during breathing, snoring occurs. The likelihood of vibrations and the resulting snoring is highest during sleep, when the tissues of the upper airways are relaxed.

In the world of cats, Persians and other short-nosed, flat-faced, or brachycephalic breeds are frequently found to snore. The tissues in the upper airways have become unnaturally tortuous as a result of humans breeding them to have shorter noses. When air moves through the convoluted tissues, vibration and snoring are common. In severe circumstances, breathing noises may even be audible when you are awake. Bulldogs generally snore while awake, but cats don’t do it as frequently, which is a positive thing.

When is a cat snoring a health problem sign?

In some instances, cat snoring can be a sign of a health problem. The most basic and common health issue that leads to cat snoring is being overweight or obese. Excess body weight leads to fat accumulation in the tissues surrounding the upper airways, which in turn can trigger snoring. This phenomenon is quite common in people as well as cats and dogs.

Cats with upper respiratory infections might develop snoring. The audible breathing occurs due to sinus congestion or mucus buildup in the airways. Viral and bacterial infections are most common, and these usually are self-limiting or curable with medication. However, fungal infections also are possible, and these have the potential to be more serious.

Foreign objects (such as grass blades) in the back of the mouth or nose might trigger snoring as well as coughing, agitation and sinus infections.

More perniciously, masses or tumors in the sinuses or upper airways might cause snoring. Cancers such as lymphoma, fibrosarcoma and adenocarcinoma can be culprits of cat snoring. Benign polyps also occur.

How can you tell if a cat is having an issue with its snoring?

When in doubt, the best option is to have your cat checked by a vet. A course of antibiotics might help speed recovery from a upper respiratory infection. Anesthetic evaluation of the back of the throat might reveal a grass blade that can be removed.

In some cases, snoring that even seems to define a cat’s character can and should be eliminated. Many years ago I had a patient named Wheezer. She was a sweet cat who earned her name through her snoring. When she was anesthetized for dental work, I evaluated the back of her throat and found a large benign polyp. After the polyp was removed, the cat snoring stopped. Despite this development, the owners opted not to change her name.

Popular Read:  Why Do Cats Have Tails? - Answered in Detail
Tags:Cat Behavior
previousWhat Causes Watery Cat Eyes ? – Explained In Detail
nextWhy Do Cats Like Being Up High? – Answered In Detail