Why Do Cats Have Tails? – Answered in Detail 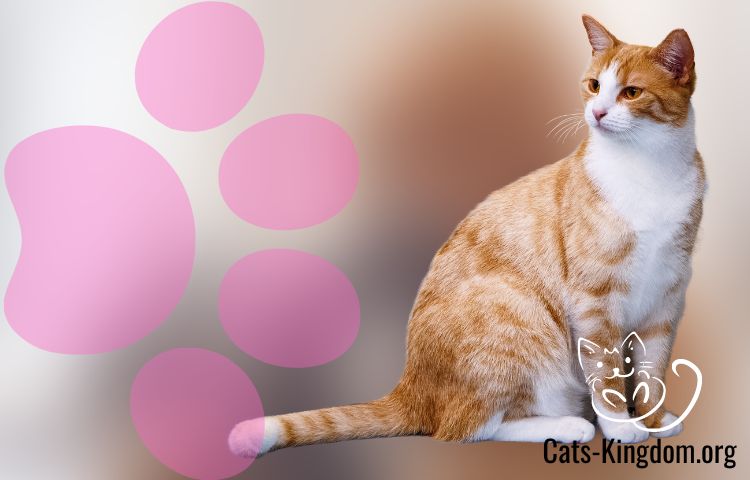 Have you ever pondered what function your cat’s tail serves while you were watching it? Or questioned what the various flicks and swooshes in cat communication mean?

That tail, however, is a highly significant appendage that assists your cat in both bodily and behavioural ways. To learn more about cat tails, continue reading.

1. A Brief Overview of Cat Tails

Amazing things are cat tails! A cat’s tail is an outgrowth of its spine, did you know that? The cervical, thoracic, lumbar, and caudal groups of vertebrae, or tiny bones, make up the spine. There are normally 18 to 23 caudal vertebrae in a cat’s tail.

Cat tails also contain nerves that not only help them to move, but also enable them to sense the environment around them. Their tails can pick up sensations from around them in their environment and sends messages up the spine to the brain, effectively enabling cats to “feel” with their tails.

In addition, there are also muscles, tendons, and ligaments in a cat’s tail, and these are responsible for movement. A cat’s tail also contains blood vessels, the largest one being the tail vein that runs along the underside of the tail. Last but not least, cats’ tails also contain scent glands called caudal glands.

2. Cats can control their tails

Cats can fully control their tails for voluntary movement, although you might also witness involuntary tail movements when a cat is in a deep sleep and their tail twitches or flicks. Most of the time, a cat is fully aware of what they are doing with their tail and they can move it up and down, side to side, as well as curl it round.

Nerve impulses are sent to the brain, which then sends messages to the muscles in the tail, telling it to move. The type of movement will depend on your cat’s physical and emotional state.

A cat’s tail is a critical part of their movement, balance, and communication.

So, we’ve learned what makes up a cat’s tail structure and how they can control them, but what are cat tails used for?

a. To create balance

Tails are very important in helping your cat to balance. Their tail provides a counterbalance that they can adjust as necessary, whether it’s to help them navigate a narrow ledge, or land on all four feet when they jump from a height.

If she moves left, her tail will move out to the right and vice versa. This sense of balance is also important when a cat hunts its prey and can help them to make a successful kill.

b. Helps in Communication

Your cat’s tail is actually very expressive and can give you a good indication of the type of mood your cat is in.

c. Used in Marking Their Territory

The caudal scent glands in a cat’s tail are sebaceous glands which means they secrete an oily, smelly substance used for marking their territory.

Most of the time when your cat is asleep, her tail will be curled around her body. This is a natural instinct that helps maintain body warmth. This is more important in wild cats that are exposed to the elements than in most domestic cats.

4. Cats can Injure Their Tails

Cat tails are so mobile that they can be prone to injury, just like any other part of their body. A cat can break its tail in an accident such as getting it trapped or being trodden on. If the tail is pulled then serious nerve damage can result which can be permanent.

This can result in not only a paralyzed tail, but urinary or fecal incontinence, or the inability to urinate or defecate.

Cats without tails or those that lose their tails to injury usually adapt to the change quite well.

Cats can sometimes be born without tails, or need to have them amputated as a result of an accident or injury. These tail-less cats often adapt remarkably well to the loss of their tail and can still balance just as well as other cats.

Cats without a tail will still move whatever small stub of their tail remains, showing that tail movement is an automatic response to whatever is happening in the cat’s environment. The Manx cat is a breed of cat that has no tail. Although they are a recognized breed, their lack of tail was originally a result of a genetic mutation.

As we’ve learned, cat tails have several important roles and are extremely sensitive. Most cats don’t like their tail being touched because they have evolved to protect this important appendage.

Tags:Cat BehaviorCat BiologyCat Care
previousHow To Get Your Dog And Cat To Bond ( Simple Guide )
nextWhat To Do If You Accidentally Step On Your Cat? – Explained in Detail