Why Do Cats Like Being Up High? – Answered In Detail 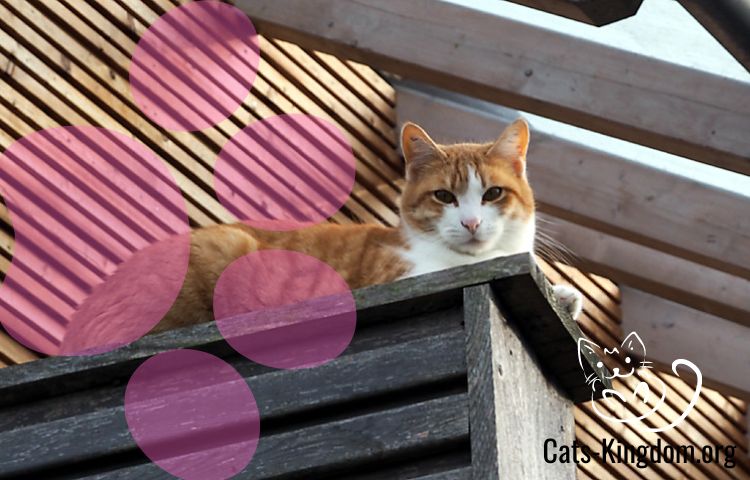 Have you ever noticed how a space with vaulted ceilings appears to be larger? The additional vertical space does in fact create more space, though depending on where you live, it might not be included in the home’s square footage and property value. Whether we assign a monetary value to it or not, cats regard vertical space highly. That’s fantastic news since it means your cat isn’t hankering for more space even though your home may be smaller than you’d like ace.

Humans generally have no trouble moving through horizontal space, but we find vertical spaces more challenging. So we invented things like stairs, ladders and elevators to conquer these challenges. Except for elite athletes who compete in competitions like American Ninja Warrior, humans don’t generally attempt to scale heights without the help of these inventions. But the most trained human ninja is no competition for even the most inactive feline couch potato.

Cats can run up a tree almost as easily as they can run across a yard. Their claws help, but they can also run faster than humans, giving them more momentum to make it up trees much higher than any warped wall. They can jump six times their body length or about 8 feet in a single bound.

Our cat Maddie likes to hang out on top of the refrigerator. From our perspective, there is nothing up there like food or toys that would draw her there. So why does she jump up there? We’re not sure, but when we find her up there, she gives us this look that says, “Because I can.”

Popular Read:  How to Help a Cat That Is Scared of Thunderstorms? - 7 Ways

Because of the view

The San Bernardino National Forest has seven fire lookout towers. My husband, Mark, and I visited one of them in the mountain community we frequent. Not only was the view breathtaking, but you could see the entire county from up there, which is vitally important when you’re looking for any signs of fire.

Cats also like the view from up high. It allows them to observe their territory, escape from dangers and see who is in their environment, whether prey or predator. Staying out of reach from predators gives them the sense of security they need to sleep and eat. Two cats enjoying the view atop their cat tree.

“Safety is such an important thing,” says certified cat behavior consultant Marilyn Krieger, based in Redwood City, California, and author of Naughty No More! Being up high and able to look down, whether from the top of a bookshelf or cat tree, helps cats feel safe, she says.

Cats also position themselves in such a way so that it’s harder to be ambushed. A cat needs different ways of escaping. Having only one way up and one way down can be stressful to cats in a multi-cat household, so when positioning a cat tree, make sure there are multiple access points, Marilyn says.

Finding prey is also a priority, she says, adding that cats can see and hear prey as well as get a lay of the land from up high.

Hanging out at different heights is one way for cats to communicate who is in charge. You may be surprised to learn that cats are flexible about this hierarchy. “It’s not static,” Marilyn says. “It’s one way they keep the peace.”

Popular Read:  Why Are Cats Humping?

For instance, in the morning you may find Cat A on the top of a high bookshelf, while Cat B is on the cat tree in another room. In the afternoon, they switch places. Or if Cat A doesn’t feel good, she may rest on a lower shelf while Cat B is at the top, she says.

Starting with adolescence it’s even more important to display where they are in that flexible hierarchy so that they stay out of fights. Providing vertical territory at multiple levels is extremely important, particularly in the multi-cat home, she says.

Cat trees, bookcases or do-it-yourself shelves all satisfy your feline ninja’s instincts to jump and climb. These spaces also empower cats to observe their territory while feeling safe. The climbing and jumping also provide the much-needed exercise cats need. No cat home is complete without these vertical spaces where cats can hang out.