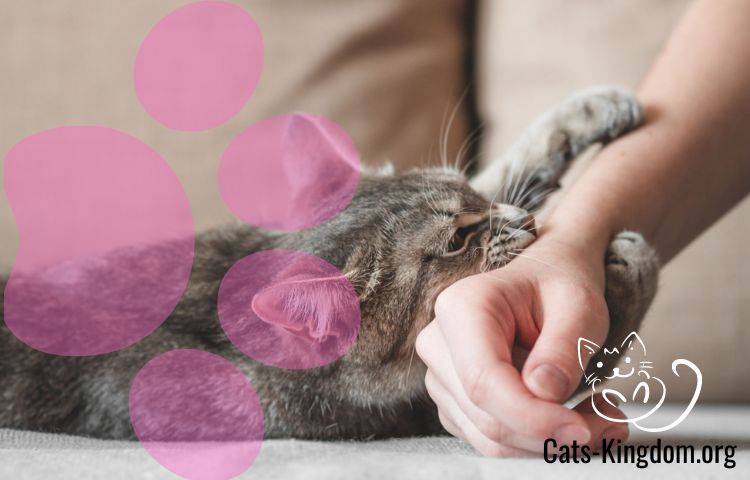 You will occasionally receive an unintentional cat scratch while playing with your cat or in the middle of the night when she takes off sprinting like a banshee and uses you as a launch pad. This happens even if your cat is the kindest, most loving cat on the planet. Despite being a minor wound, a cat scratch is irritating. Cat scratches typically hurt, occasionally they sting and itch, and occasionally they just bleed. Like any wound, they can grow infected and worsen your condition if they are not properly treated. At-home cat scratch remedies can lessen the pain of cat scratches and aid in the promotion of healing with little or no scarring.

The very first step in any sort of cat scratch treatment is to clean out the cat scratch in question. Soap and water work just fine. Place the emphasis on contact time rather than how vigorously you scrub — try singing a round of “Twinkle, Twinkle Little Star” to give the soap and water the right amount of time to kill off the germs. If you’re super paranoid or the wound is deeper than just a superficial scratch, you can swab the wound with rubbing alcohol or another antiseptic like witch hazel.

Honey is used by wound care centers all over the world as a solution for wounds far more serious than cat scratches, but even your most shallow cat scratch can benefit from slathering on some of this gooey gold. It’s a natural antibiotic, an antiseptic in its own right and has mild anti-fungal properties and anti-inflammatory properties. It’ll also keep the wound just moist enough to prevent scarring as it heals while still drawing water out of the wound to keep it dry enough to heal cleanly — that’s one of the ways it inhibits bacterial growth, by dehydrating bacteria. Beware, though: Not all honey is created equal. When it comes to cat scratch treatment, you’ll want to use real honey, not the sugar and corn syrup variety that’s sold cheaply.

3. Vitamins A, D and E Can Ease the Pain of a Cat Scratch

Vitamins A, D and E are also excellent in terms of cat scratch treatment. Topical vitamin A produces an inflammatory response, which is critical in getting wounds to heal. Vitamin D acts similarly and helps promote healing of the wound, while vitamin E is a known antioxidant and soothes the wound, allowing it extra time to heal. You can crack open a gel caplet of each vitamin or buy them pre-prepared as ointments. Oral administration of the vitamins is also helpful in wound healing but may be overkill for a simple cat scratch. Since vitamins have an effect on the body regardless of whether applied topically or taken orally, it’s a good idea to speak to your doctor before using this home remedy.

When it comes to cat scratch treatment, one of the big things to consider is the itching. Some cat scratches have an itch that just makes you want to go out of your mind. Instead of hurting or stinging, the itch is a result of your body’s defenses, a mixture of histamine and other inflammatory substances trying to jump start the wound-healing process. An old home remedy to help with the cat scratch itch is baking soda, or sodium bicarbonate. Typically used to remove the sting from mosquito bites, this stuff can also take the sting out of a mild cat scratch.

Popular Read:  Should My Cat Sleep With Me At Night? - Answered In Detail
Tags:Cat Behavior
previousHow to Bring Down’s a Cat Fever? – Explained In Detail
nextThe Best Flooring for Cats