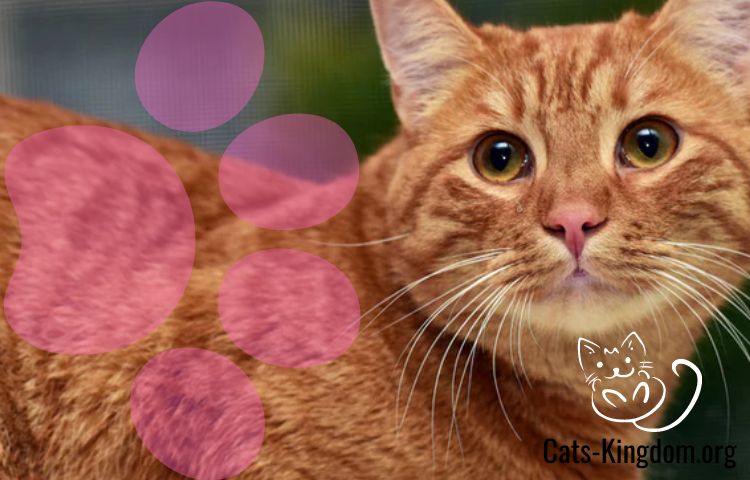 A couple of the famous orange tabby cats that are ingrained in the collective consciousness of our culture include Morris and Garfield. It’s simple to understand why. One factor is their large, imposing, and vibrantly coloured coats. However, as anyone who has ever shared a home with an orange tabby cat can tell, their personalities are what really set them apart. Here are eight interesting facts about the magnificent orange tabby cat since felines in general are endlessly fascinating.

Specifically, the presence of stripes denotes a “tabby” cat. It’s not specifically an orange cat breed, but the color and pattern of their coat. And there are five different tabby configurations: classic tabby, mackerel tabby, spotted tabby, ticked tabby and patched tabby.An orange tabby cat with an “M” marking on his forehead.

2. Orange cats are all tabbys.

Go ahead, Google “orange cats” – they’re all tabbies. Even if their stripes are faint, they’re there. So, while all orange cats are tabbies, not every tabby is orange.

3. Every orange tabby cat is a male

While it’s true that a higher percentage of orange tabbies are male, the ratio is actually about 80 percent male to 20 percent female. And it’s not some sort of magic — it’s genetics. The X chromosome is responsible for the orange coloring. Females possess two Xs and males possess XY. Hence, a female orange tabby cat requires the sire and the dam to pass on the orange genes. But males only need the orange gene from their mothers.

4. What does “M” stand for on that orange tabby cat?

One of the most distinctive markings on the orange tabby cat is the “M” above his eyes. This is seen in all types of tabbies, so it’s not just the orange kitties that boast these cool peeper accouterments! Tabby stripes are probably predominant because of their camouflage properties, so it’s most likely that the markings helped them hide in the wild. Depending on the orange tabby’s parental décor choices, this may or may not be the case for the modern tabby.Popular Read:  Why Does My Cat Scratch The Sides Of The Litter Box? – Simple Explanation

National Geographic reports that personality is tied to a cat’s coat color. Guess who won anecdotally “most gregarious?” Of course, every cat’s personality is different, but Amy Wester has lived with many different cats over the years, and “MoMo” short for — you know it! — MotorMouth, is a testament to the findings. “He’s the most affectionate and happiest cat,” says Amy. “When we rescued him 11 years ago, his constant loud purring could be heard throughout the house.” His name is fitting, and even more so today: “MoMo hasn’t stopped purring since we got him!”

Tiger is an orange tabby cat who loves to be loved. Photography courtesy Karen Stephenson.

Every cat is an individual, but orange cats have a reputation for being snuggly attention lovers. In addition to being a real purr machine, MoMo the orange tabby cat seeks affection every waking hour from Amy, and then some. His frequent less-than-stealthy move is to climb up onto her pillow and start climbing around her head for attention. It makes no difference whether she’s awake or not!

Karen Stephenson echoes these sentiments. Her house has been filled with all sorts of companion animals for two decades and yet there’s one snuggle monster who is the most in-your-face when seeking some loving. “Since the first day my husband brought home Tiger, he’s been the most loving animal,” says Karen. Even 18 years later, Tiger’s nightly habit of sleeping on her head is only broken when she’s traveling. He also likes to sit and stare at Karen’s husband, Brett. “I don’t know why he does it but it’s part of what makes him so adorable!”Popular Read:  Why Does My Cat Scratch The Sides Of The Litter Box? – Simple Explanation

7. Orange tabbies are the color of appetite.

What? The psychology of colors arguably started with Goethe. His writing asserts that red-yellow is associated with “warmth and gladness.” He also claimed that yellow-red possesses the highest energy (apparently causing folks in days of yore to freak out if they saw an orangey cloak on a dreary day).

Contemporary findings include that orange is the color of adventure, social communication and, yes, stimulating the appetite (Howard Johnson was onto something!). While it may be a broad brush to paint all orange tabbies in — we can see that there’s definitely an anecdotal correlation between their coat colors and their personalities. Now we know exactly why Garfield couldn’t resist that lasagna!

So, whether they’re trying to hog the pillow so you’ll wake up and pet them or purring up a storm so you’ll pick them up and pet them — there’s one thing we know for sure: orange tabby cats are as bright, beautiful and varied as their coats!