4 Facts About Cats With Blue Eyes 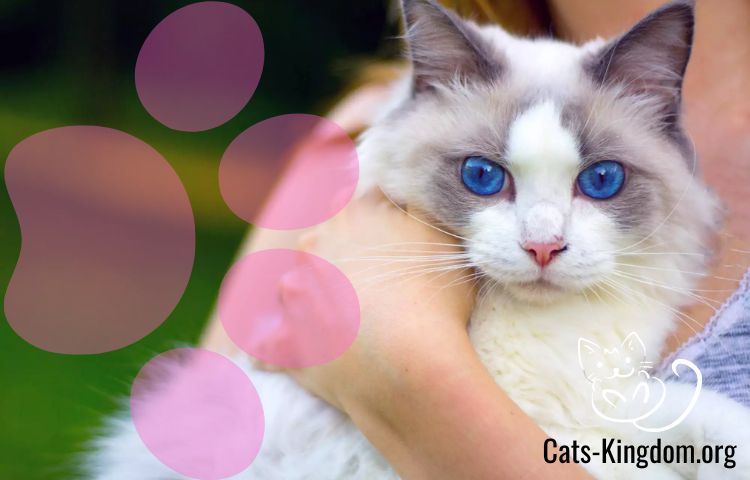 As a cat-adoption counselor for a shelter, I often get potential adopters who see a kitty’s blue eyes and ask — especially if the cat is white, too — if she is deaf. Assuming that all cats with blue eyes, which are not nearly as prevalent as yellowish or green eyes in cats, are deaf is a common misconception, says feline geneticist Dr. Leslie A. Lyons. She is a Gilbreath-McLorn Endowed Professor of Comparative Medicine with the University of Missouri-Columbia College of Veterinary Medicine, in the Department of Vet Medicine and Surgery.

Here are some things to know about cats with blue eyes, which almost always result from two coat colors: white or seal-pointed (a beige or fawn body with darker colors on the face, tail and paws).Some cat breeds with seal-point coloring, like Birmans, have blue eyes.

If you want a blue-eyed, purebred cat, look for breeds with seal-point coloring, which is genetically tied to blue eyes. Cat breeds with blue eyes include the Siamese, Balinese, Himalayan, Persian, Birman and Javanese. Ragdolls are known for sparkling blue eyes, but not all Ragdolls have this color. There is also the very rare Ojos Azules breed, which can produce cats with dark coats and blue eyes. The blue eyes in these breeds are not connected with deafness, Dr. Lyons says.Odd-eyed white cats – those with one blue eye and one non-blue eye — might be deaf on the side with the blue eye.

It is a different story when it comes to white cats with blue eyes — about 60 percent of white-dominant kitties — who got their coloring from mutations in a gene called KIT. In these cats, the blue eyes result from a cellular issue: These irises have fewer melanocytes, which are cells that make pigment. These same cells create skin pigment and play a role in inner-ear functioning. Therefore, cats with fewer melanocytes — white cats with blue eyes — may not have enough of the cells for their hearing to function properly, Dr. Lyons says. White cats have a genetic makeup similar to albino humans, who lack pigment; this gives them some vulnerabilities, like sensitivity to UV light.Popular Read:  Why Does My Cat Scratch The Sides Of The Litter Box? – Simple Explanation

Some cats have mixed eye colors, like one blue eye and one green eye. In that case, Dr. Lyons says a hearing impairment may happen in just one ear, particularly on the side of the face with the blue eye.If your kitten has blue eyes, her eye color will likely change.

3.Blue eyes of a kitten may not always remain that color.

Like some human babies, all kittens are born with blue eyes that can change color later on. The hue begins to change to the kitten’s true eye color at around 6 or 7 weeks of age. The iris’ melanocytes — pigment that gives the cat’s eye its adult coloration — develops once the eye is sufficiently mature.

4.How Can You Spot a Deaf Cat With Blue Eyes?

If you want to know if a cat with blue eyes is deaf, stand back several feet behind her and clap or make another loud noise. If your cat reacts and looks toward you, she probably isn’t deaf, at least in both ears. Cats feel non-auditory vibrations very well though, so stand on the other side of the room to allow enough space, Dr. Lyons says.

If you still can’t tell if a white cat with blue eyes is deaf (or if you’re curious about any cat’s hearing issues), take her to your vet for more definitive testing.Popular Read:  Why Does My Cat Scratch The Sides Of The Litter Box? – Simple Explanation