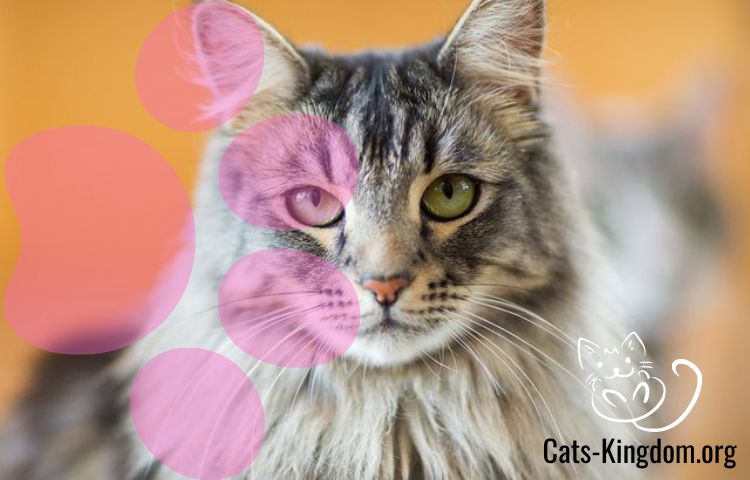 We all wish our pets could live forever, that much is obvious. And although though innovations in cat food and modern treatment can help many of our feline friends live longer, the truth is that eventually, our cherished cat will pass the Rainbow Bridge.

Every cat breed has its own distinctive qualities. However, there are a few cat breeds that have a reputation for living longer. Do you want to know which cat breeds have the longest lifespans?

For decades, cat enthusiasts all across the world have cherished this historic breed of cat. And with these lively, blue-eyed chatterboxes of the cat world, what’s not to love? Siamese cats have coexisted with humans for many years; exquisite cat breeds like the Oriental Shorthair, Tonkinese, and Balinese were created by mating Siamese cats.

Many Siamese cats live well into their late teens, and perhaps even into their early 20s. Having lived for 30 years, Scooter, a Siamese cat from Texas, even held the Guinness Book of World Records.

The Burmese cat breed, which is related to the Siamese cat type known for its long lifespan, is one cat breed that can survive into its twenties. These adorable cats have a social temperament and are frequently described as acting much more doglike than catlike.

These cats’ gorgeous coats are sure to draw attention, but don’t be fooled by their diminutive stature; these are robust, compact cats that weigh more than they seem to. They’ve become known as “bricks wrapped in silk” because of it.

This breed of cat is one of the few tailless breeds, and it also happens to be one of the cat breeds with the longest lifespan. The Manx cat is a sociable cat breed that forms deep relationships with its owners and other household pets.

Although some are prone to Manx Syndrome, the ordinary Manx cat is a lovable, round, healthy kitty cat with a lifespan of up to 20 years. These cats are larger than the typical house cat.

The lovely Russian Blue cat is one of the most hypoallergenic cat breeds available, and they also have a longer lifespan than the majority of cats. This breed of healthy cats, sometimes known as Archangel cats, has been revered for generations and is the subject of numerous fascinating legends.

It’s been told that Russian Blue cats were a favorite among the aristocracy and that one of them once helped a prince who was ill. Many people view Russian Blue cats as a lucky animal, and some tales even claim that they have a sixth sense for ghosts and spirits.

Oh, those adorable Ragdoll cats. A magnificent huge breed cat with stunning blue or green eyes that is infamous for “falling limp” when held. Additionally, if you’ve ever had the pleasure of holding a Ragdoll cat, you know just how heavy they are in your arms as they perform the traditional Ragdoll flop, which gives them their name.

These cats are said to enjoy long, healthy lives and can weigh up to 20 pounds while still being deemed in perfect health. These cute felines take about four years to fully mature, which is a fascinating fact about them. Additionally, they have a minimum lifespan of 15 years.

The stunning Balinese cat breed, whose DNA is shared with the Siamese cat species that lives the longest, is another cat breed that outlives all others. According to reports, this Siamese close relative lives 18 to 22 years on average, which is several years longer than the 12 to 15 years that cats typically live.

Except for the sporadic occurrence of cross-eyes, the Balinese cat breed is generally in good condition. These long, fluffy cats are thought to be a hypoallergenic breed and have silky coats. Additionally, the Siamese cat breed’s longhaired variation is known as the Balinese cat. Find out if Siamese cats are hypoallergenic by reading this article.

Just by glancing at these hairless cats, it’s clear why they differ from other cats. The Sphynx cat is a friendly cat breed that enjoys being around people and is always willing to cuddle. Many of the cats in this robust Canadian cat breed can live up to 20 years.

The Sphynx has some intriguing characteristics, including a body temperature that is naturally a few degrees higher than cat breeds with hair. As a result, they don’t get cold as quickly as you might assume. Even though they are cats, these kitties nevertheless need regular baths to get rid of the extra oil on their skin. However, they normally enjoy being in the water and won’t mind taking baths.

Only the Bombay cat breed has an all black coat, including the pads of their paws and their whiskers. These sharp-witted cats are often sturdy and healthy, and the majority are said to be fairly kind toward other animals and people.

The Bombay cat breed appears on numerous lists for the cat breeds that live the longest despite not having any Indian ancestry. To create a cat breed that resembled the black panthers of India, this breed was produced in America in the 1950s. And when kept indoors and given the necessary care, these healthy kittens frequently live up to 20 years.

Popular Read:  What It Means to Be a Tabby Cat? - Explained In Detail

The Persian cat is an ancient cat breed that is adored by cat lovers worldwide for its stunning looks and good kitty disposition. This brachial cat breed can be prone to both eye and breathing problems. But for Persian kitties—when bred by quality cat breeders—they are generally very healthy cats.

These delicate felines grow very attached to their people, and many love them for their “good manners”—because of their smaller size and stature, you won’t find them jumping on your counters or swinging from your curtains. Persian cats can live anywhere from 12 to 18 years on average, with some reaching their twenties.

These wild-looking felines are a cat breed that looks a little wild and actually is. The Savannah cat breed shares DNA with the African Serval cat, and these are larger cats with solid frames that can make your average housecat look tiny.

A Savannah cat that’s well cared for and lives indoors can easily live till 15 years of age, and many can reach 20 years of age before crossing the Rainbow Bridge.

Tags:cat breed
previousWhy Does My Cat Bite Me When I Pet Her? – Answered In Detail
nextHow To Have A Better Relationship With Your Cat