What It Means to Be a Tabby Cat? – Explained In Detail 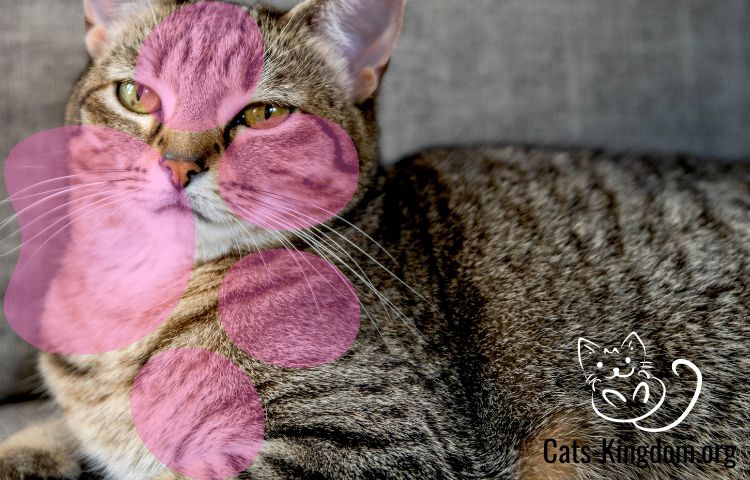 It’s popular to refer to tabbies as a specific cat breed. However, they don’t. The word “tabby” actually refers to a coat design. Additionally, they don’t only symbolise one breed because other breeds have the same design.

The history of the word tabby’s origin is murky. Some people assert that the name refers to a type of striped, patterned silk made in Attabiah, in the Middle East, known as Atabi. Others assert that it was translated from the French for “rich watered silk,” tabis, which is the basis of the English phrase “striped silk taffeta.”

Tabbies come in many different colors, including brown, gray and a variety of red shades often called orange, ginger or marmalade. Some have stripes and others spots and many a combination of the two. You can tell what color a tabby is by looking at the color of his stripes and tip of his tail.

The tabby pattern is determined by the agouti gene, which causes the individual hairs to have bands of light and heavy pigmentation, and the tabby gene, which denotes the type of tabby patterns, namely stripes, blotches or spots of hairs of solid color.

Research done by feline geneticists Carlos Driscoll and Leslie Lyons at the beginning of this millennium confirmed five genetic clusters, or lineages, of wildcats from various parts of the world (such as Africa, Europe, China, Central Asia and the Middle East) and dating back some 10,000 years to be the ancestors of today’s ubiquitous domestic tabbies. And, it’s easy to understand how a coat with stripes and spots could camouflage well into natural surroundings.

Popular Read:  What Do These 10 Common Cat Noises Mean?

1. The classic tabby coat, sometimes called blotched, has wide, dark stripes curving over the flanks and the shoulders and three large stripes running from the shoulder blades to the base of the tail. It’s often likened to a marble cake.The mackerel tabby cat. Photography ©Keren_J | Thinkstock.

2. The mackerel tabby has either continuous or broken stripes running perpendicular to the spine, like a fishbone.The spotted tabby cat. Photography by Tierfotoagentur | Alamy Stock Photo.

3. The spotted tabby has distinct round spots against a background of lighter fur.A ticked or agouti tabby cat. Photography ©grase | Thinkstock.

4. The fourth tabby coat pattern is called ticked or agouti. The coat on the body has almost no stripe. However, the legs, tail and face sport very thin stripes.

A feature common to tabbies is their facial markings that include a distinctive M on their foreheads and expressive pencil-thin striped markings around the eyes, affectionately referred to as “eyeliner.” Photography by Casey Elise Photography.

Another distinguishing feature common to tabbies is their facial markings that include a distinctive M on their foreheads and expressive pencil-thin striped markings around the eyes
affectionately referred to as “eyeliner.”

This is where legend pushes genetics aside with these intriguing notions as to how these markings came about.

When it comes to personality traits, tabbies are considered friendly, happy-go-lucky cats, intelligent, sassy, very affectionate and wonderful companions. Red tabbies, often called orange, ginger and marmalade tabbies, can be feisty and bossy. But this trait is linked to coat color (as in fiery red) and not to the tabby pattern.

No matter the science behind tabbies, if you’re a cat person, you’ve undoubtedly been enchanted by a tabby cat, whether it’s your own fabulous feline, a tabby that “works” in a local store or even a cartoon tabby such as Garfield who identifies with the very human trait of hating Mondays.

1. Garfield is the world’s most famous cartoon orange tabby.

2. The first Algonquin Cat was an orange tabby that hotelier Frank Case named Rusty. The cat was a stray and had wandered into the hotel seeking refuge from the rain. He was renamed Hamlet by actor John Barrymore, who had played the Danish prince on Broadway. All the male Algonquin cats since have been named Hamlet, and the current feline is Hamlet VIII.Orangey the cat in Breakfast at Tiffany’s. Photography by Ronald Grant Archive | Alamy Stock Photo.

3. Orangey was the orange tabby that starred with Audrey Hepburn in the movie Breakfast at Tiffany’s.

5. Sir Winston Churchill, Prime Minister of the United Kingdom twice, loved orange tabbies. It was his dying wish that a marmalade-colored tabby with four white socks and a white bib and named Jock should reside in perpetuity at Chartwell, his ancestral home in Kent, England. The incumbent cat at Chartwell is Jock IV and visited by ailurophiles from around the world.

6. Morris, an orange tabby, became the world’s first spokescat for 9Lives cat food and has been one of the most recognizable tabby faces in the United States since 1969. The current spokescat is the fifth to represent the brand.