How Do Cats Show Affection? – Answered In Detail 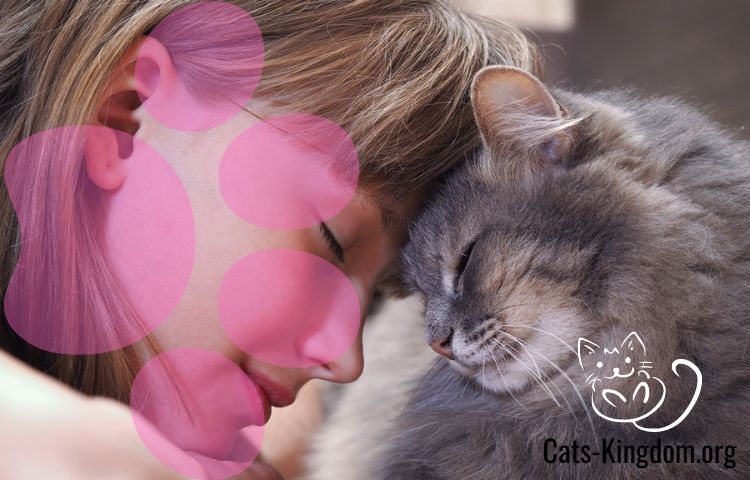 How can cats express their love? Cats display their love for the individuals they consider to be close to them in a variety of lovely ways, including cat kisses, grooming, tail fluffs, chirps, and mews. Because certain cat affection signals are subtle, they are frequently misread and occasionally ignored. So, how can cats express their love? Kittens typically don’t express their affection for people in raucous, boisterous ways. They don’t give their loved ones sloppy kisses or wag their tails like some dogs do. Cats, on the other hand, whisper their love. Here are a few affectionate cat cues that every cat owner should be aware of.

Slow blinking is a common sign of cat affection.

How do cats show affection with their eyes? It is a pretty good indicator that your cat trusts and enjoys your company when she looks at you with half-closed eyes while slowly blinking. These special eye blinks are called cat kisses and are reciprocal. You can tell your cat you love her too by giving her cat kisses. This sign of cat affection conveys relaxation, contentment, affection and trust; they help build and strengthen your relationship with her. She may respond with more slow blinks.

Tails are a good way to tell what your cat is feeling. Photography ©Photodisc | Thinkstock.

How do cats show affection through their tails? Tails are emotional barometers, accurately conveying emotions through how they are held and positioned, and the degrees of fur puffiness. When combined with body language and other indicators, they communicate a gamut of emotions from fear and aggression to affection and happiness. Whereas most people readily recognize signs of fear and aggression, they are not as aware that tails are indicators of cat affection, too.

Cats often show their emotional attachments through tail placements. Connection is demonstrated by twining tails around the legs and arms of their favored buddies. Sometimes kitties express warm feelings as they relax next to their people while physically touching or resting their tails on them. Although I try not to anthropomorphize, the sweet behavior reminds me of holding hands with a best friend.

In addition to tail wrapping and touching, kitties express happiness and warm feelings by fluffing out the base of their tails while subtly quivering them. Simultaneously they hold their tails upright with a slight curve at the top. This behavior is sometimes called the happy tail dance. Usually it is accompanied by an endearing kitty love blink.

How do cats show affection when they rub their cheeks on you? One friendly way cats greet those they trust and feel safe with is by rubbing their cheeks on them. Cheek rubs are a sign of cat affection that are also invitations for socializing. Kitties have scent glands on their cheeks that produce pheromones. In addition to showing their favorite people trust and affection, felines mark ownership through the behavior and mingle their scents with those they are attached to.

With cats you don’t know, you can encourage socialization by extending your index finger toward the cat at about her nose level. It doesn’t matter whether she is a few feet away or across the street. If she wants to say hello, she’ll approach your finger and touch it with her nose and then turn her head until your finger is on her cheek. If she trusts you, she will rub your hand with her cheek, indicating that she is open to socializing. This may be the beginning of a beautiful friendship!

Popular Read:  7 Symptoms That Your Cat Is Grieving

How do cats show their affection through head butts, or head bunting? This is a sign of cat affection that also marks you and mingles her scent with yours. This is a social cat affection behavior that does double duty. In addition to showing trust and friendship, head bunting proclaims ownership. Scent that is produced from glands located on your kitty’s head is transferred on you when she butts you with her head.

How do cats show affection with cat sounds? Chirrs, chirps, purrs, trills and mews often communicate endearments and trust. Although mom cats communicate reassurance to their kittens through chirrs and chortles, these sweet sounds of cat affection are often reserved for special people whom cats feel close to. Endearing emotions are also expressed through other vocalizations such as special meows and mews — some are soft and kitten-like, while others are louder.

Purring can also indicate that your kitty is feeling secure, safe and reassured around you. Her purrs may show affection, especially when she accompanies them with kitty kisses and other expressive cat affection signals such as touching you with a paw or tail.

A cat who grooms you may be showing his affection for you. Photography ©Murika | Thinkstock.

How do cats show affection through grooming? Cats who feel connected and close to each other will mutually groom (allogrooming). The behavior helps them relax, shows trust and builds a community scent — important for recognizing family members and buddies. People are not exempt from this sign of cat affection — grooming isn’t reserved just for those of the same species. Cats will sometimes lick their human friends, displaying affection while mingling their scents.

7. Through hanging out on and around you

Even if your cat isn’t a lap cat, hanging out around you still indicates that she loves you. Photography by 5second/Thinkstock.

How do cats show affection when they follow you? Felines like being around those they feel an affinity for. Your special kitty might be relaxing near you or napping on your lap. She might position herself so that she touches you — her back may be against your leg or she reaches out and pats you with a paw. Even if your cat isn’t a lap cat, she may still demonstrate she feels connected to you by hanging out nearby.

Some kitties follow their people around the house. Food isn’t part of the equation — they trail their humans because they like being with them. Some tag along, following those they feel connected to from room to room.

Tags:Cat Behavior
previousHow To Have A Better Relationship With Your Cat
nextWhat It Means to Be a Tabby Cat? – Explained In Detail