Meet Toonces: the cat from Toonces The Driving Cat 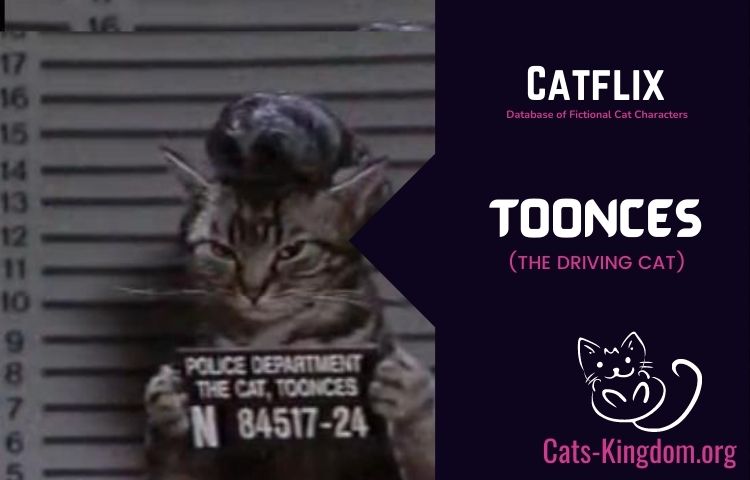 Toonces The Driving Cat is a short comedy show that aired on SNL(Saturday Night Live) on NBC in the late 80s. It featured an American shorthair, a classic tabby cat named Toonces that knew how to drive a car.

The show ran for a few episodes but was later discontinued. Toonces as a character garnered a lot of appreciation from the public and became a cult classic on SNL.

Toonces The Driving Cat is a comedy show revolving around a tabby cat named Toonces. One day his owners saw Toonces drive a car and enthusiastically got into the car with him.

In every episode, the audiences get to see Toonces on the steering wheel as he heads on to a new adventure. Toonces is certainly a smart cat but he is definitely not a great driver.

The show also made a spoof on Terminator and Abe Lincoln.

Toonces role in the show

Toonces is the star of the show. the whole series revolves around him and all the goof-ups that he makes.

He loves to drive and his passion is fully supported by his owners, so much so that they decide to get in the car with Toonces while he is driving, though they regret it later.

It is hard to count how many times Toonces has crashed the car and thrown it over the cliff. Toonces expressions are very similar to humans when he gets into trouble.

Though it hasn’t been mentioned in any of the episodes that Toonces is an American Shorthair cat. But we can assume by checking Toonces’ body and coat pattern which is very similar to an American Shorthair. So there’s a slight possibility of this assumption being wrong.

However, let’s see the similarities between Toonces and an American shorthair apart from the obvious looks:

Toonces The Driving Cat is not an elaborate movie or a TV show that gives us a proper chance to review it. It is a small skit-based concept that did quite well in our opinion. It is not the best cat content out there but is also not bad in any way.

People enjoyed watching the tabby cat doing silly stuff and it is the reason why even after over 3 decades of its release the audience still remembers Toonces. Though the production quality was poor, it is understandable as this show was made as a joke and technology were not as advanced at the time.

It is surely worthy of a one-time watch, even if you like cats or not.