Meet Keanu: the cat from Keanu 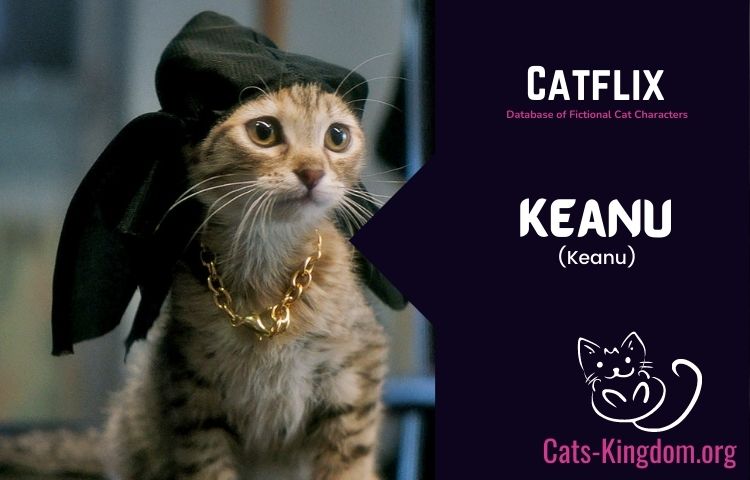 The movie garnered a positive response from the audiences and everyone appreciated the makers for beautifully presenting a story with a cat character in the main role.

Rell’s life is in shambles, but a cute little kitten enters his world as a ray of hope. He is overjoyed with his presence and names him Keanu. Rell’s cousin, Clarence also becomes fond of the kitten.

The good time ends when Keanu is abducted by a local gangster. He demands Rell and Clarence to work for him in exchange for Kenau. Now the two brothers are forced to enter into the crime world to get back their dear kitten.

But the situation worsens when more dangerous people get involved and everyone wants to get their hands on the kitten.

Keanu is the soul of this movie. He is a young and cute Domestic Shorthair kitten that charms anyone with his cuteness, even the most dangerous. Keanu was a pet kitten of a Drug lord who got killed and the little kitten landed on the doorsteps of Rell.

He gets loved wherever he goes and his cute acts and cheeky smartness always make him the center of attraction. Even when he gets kidnapped by the local gangster, Keanu becomes his favorite and starts dressing him up like a thug.

Keanu is the center of all conflicts and many people want to have him but Keanu’s bond with Rell is the strongest and he always tries to help Rell whenever he’s in trouble.

Very few people know that a tabby is not a cat breed but a coat pattern. Many cat breeds have tabby patterns and for this movie, it is not specified that Keanu is a domestic shorthair but it is our assumption by looking at the kitten’s physical features.

Domestic shorthairs are one of the most common cat breeds globally and are very easily found in most households and animal shelters. It is the main reason why the direction picked domestic shorthair kittens to play the role of Keanu.

Now, let us compare the traits of a domestic shorthair with the nature of Keanu, and let’s see if the makers of the movie kept it real or not.

Keanu is a highly entertaining movie that every cat lover needs to watch. All the cute kitten scenes are heart-melting and the movie remains funny from start to finish.

The actors in the movie did a fantastic job overall, especially their interactions with Keanu are hilarious and touching. It is very difficult to train an adult cat to perform, so training little kittens to acts would have been a task in itself.

But it is done so effortlessly that everything looks magical. On top of that, there is no CGI used in any of the Keanu scenes which makes this movie even more special in our eyes because everything is real and a complete treat for the senses. All in all, it is a well-made movie and definitely deserves your time.

Tags:Cat CharactersCat MoviesCatflix
previousMeet Cat: the cat from Coraline
next12 Greatest Tiger Movies of All Time