Why You Should Trim Cat Nails? 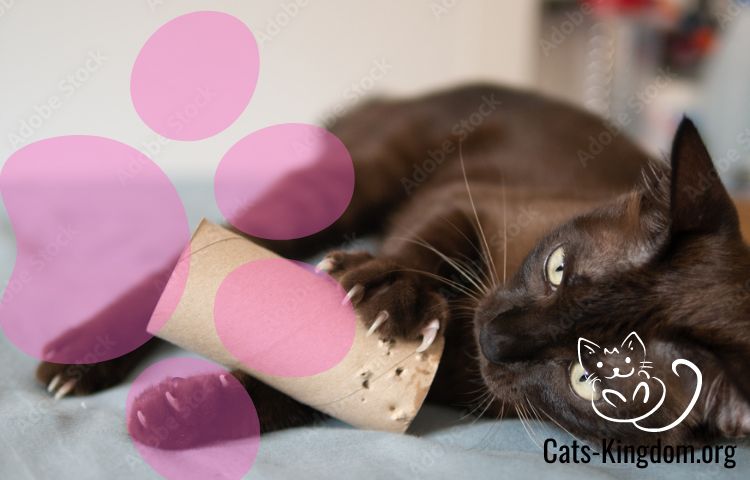 Cats are highly equipped animals that punch much above their weight. They have quick reflexes and strong teeth. They are flexible and quick. And those cat claws or cat nails can cause serious damage to individuals who go in their way, as well as to suspected predators, carpet, draperies, and furniture. What is the best way to stop cats from scratching? Let’s discuss how to trim cat nails and the benefits of doing so.

Before we address cat nail trimming, let’s talk about declawing. When cats’ nails caused damage to humans and property in the past, the answer was straightforward: Declaw them. Declawing is now considered to be a last choice by the majority of veterinarians and cat lovers, and many of them won’t even do it.
Most people believe that the risks of declawing, which include discomfort, behavioral changes, and a higher chance of biting, exceed the benefits (for the owners; cats don’t gain anything from the treatment). People must get used to the idea that declawing does not occur because the elderly veterans who still support the practice are dwindling.

Why is it necessary to clip your cat’s claws?

It goes without saying that sharp cat nails inflict more damage than trimmed ones. Your sofa, carpet and drapes will notice significant benefits. For the record, “sharpening” the claws is a normal expression of feline behavior, and it cannot (and should not) be humanely suppressed. That’s why all cat owners should have scratching posts.

As a person for whom cat scratches are an occupational hazard, I can assure you that trimmed cat nails cause less damage to human skin than their sharper counterparts. Cat scratches aren’t merely painful. Scratches can become infected (remember, the cat digs in the litter box with those same nails). And flea-infested cats may spread Bartonella henselae, also known as cat scratch disease (although in my opinion it should be called flea feces disease, because it’s fleas that spread it — cats merely introduce the bacteria into the bloodstream when they scratch humans with nails that have flea feces on them).

Cats derive direct benefits when their people know how to trim cat nails properly, too. Cats’ nails grow in layers that are like shells. When cats “sharpen” their claws, they are removing the older shells to expose the sharper new ones. However, often cats do not successfully remove the shells. This can lead to ingrown nails that can become extremely painful and can lead to nasty infections. Regular nail trims prevent ingrown nails. Furthermore, a cat with trimmed nails is likely to enjoy a better relationship with her family, since she won’t be ejected from laps merely for making kitty dough.

There is good news: A skilled team of people working with a tolerant cat can get a nail trim done in 20 seconds flat. Unfortunately, there is also bad news: Many cats are not tolerant of nail trims, and many people are not skilled in the process. Below are some pointers for how to trim cat nails that will hopefully help cat parents:

1. Learn the structure of cat claws

The first step in knowing how to trim cat nails is knowing about cat paws. Most cats have 18 nails (five on each front foot and four on each rear foot). However, a condition called polydactyly, in which cats have supernumerary digits, is quite common. Get to know your cat’s paws, and know where the nails are and how many there are. Also, remember that cats’ nails naturally retract while at rest. They can be extended for trimming by applying simultaneous gentle pressure on the top and bottom of each toe. Practice this and get good at it.

Popular Read:  How to Find my lost Cat? (Step by Step Guide)

Finally, know the quick. The quick contains blood and nerves that feed and provide sensation to the nails. If you trim a nail too aggressively, you will cut into the quick. This causes pain and bleeding. The quick can be identified by its pink or red tinge (caused by the blood flowing through it) at the base of the nail. The quick does not generally extend through the entire nail.

2. Teach the cat to stand still and let her feet be handled

Another important point in how to trim cat nails is learning how to handle your cat’s paws in the first place. Cats very rarely resent nail trims unless the quick is struck. However, many cats do not like to hold still and have their feet handled. I recommend that cat parents handle their cat’s feet every day. If your cat is used to having her feet handled, the job will be much easier. Kittens are especially amenable to this habituation, but it works for many mature cats as well. You can practice extending the nails while you are handling the feet.

Treats, petting and soft voices go a long way when it comes to how to trim cat nails. If your cat starts to get angry, abort the procedure. Cats have remarkably good memories, and if you fight with her to trim her nails, I can assure you that the procedure will only get more difficult over time.

This is the veterinarian’s ace in the hole. I almost always work with another person when performing a feline nail trim. Holding the cat is the harder job because it requires a great deal of finesse — the goal is to restrain the cat without her knowing that she’s being restrained. It should be done gently and lovingly, but a good restrainer won’t let the cat get up and walk away (unless she starts to get angry).

Here’s a great tip when thinking about how to trim cat nails — make the process quick and efficient. Very few cats will tolerate a 10-minute nail trim. Know what you’re doing, respect the anatomy and don’t bumble around. If you’re good the nail trim will be over before the cat even knows she’s being restrained.

6. Make use of quality tools and techniques.

One person should gently restrain and reassure the cat. The other person should quickly extend each nail and use an appropriate nail trimmer to remove the tip of each nail. Move smoothly through the nails on each foot. When in doubt, it is better to remove too little nail than too much. The sharpest part of the nail is at the very end, so only a bit needs to be removed anyway. If you accidentally hit a quick, apply corn starch or a commercial powder such as Kwik Stop to control the bleeding.

Remember that with nail trimming, as with so many things in life, practice makes a big difference. If you set your mind to regularly handling and trimming your cat’s nails, you will most likely get good at it.

Tags:Cat Care
previous6 Tips To Talk To Your Cat
next6 Funny Things About Cats