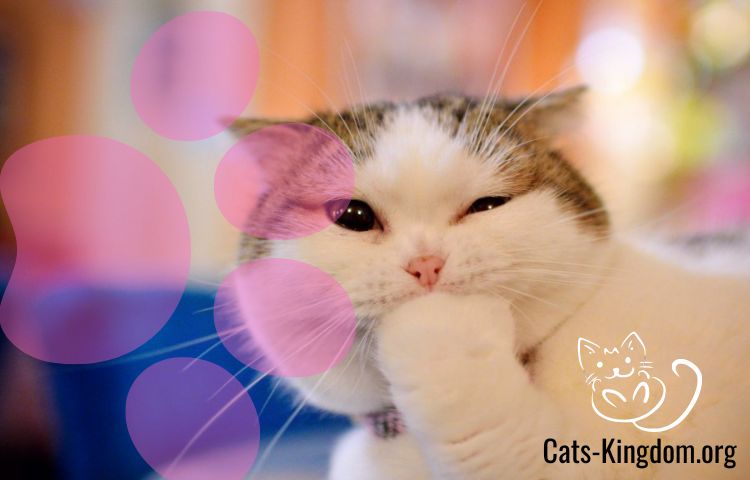 Many individuals I know believe cats lack personality and are uninteresting. I respond, “pshaw!” to those ignorant people. Cats are entertaining, and occasionally they are plain hilarious. These people who don’t think cats are funny have obviously never spent a lot of time with them. Those of us who live with cats regularly are familiar with the somewhat subtle humour that cats bring into our lives.

Here are six reasons why I find cats to be hilarious.

Set out a basket of laundry, and what will a cat do? Bingo! Shake a treat bag, and how will a kitty react? Yep. There are certain reactions we’ve come to expect from cats, and the predictability can be quite funny. I sometimes make a game out of guessing how long until my Phoebe sniffs out a laundry basket. Spoiler alert: It’s usually less than a minute. We know that when we head toward the bathroom, our cats will usually follow and then stare at us while we do our “business.” All cat lovers recognize this predictability, and the ability to relate to one another over it is humorous all in itself.

Okay, I know I just explained the reasons why cats’ predictability is funny, but I’ll tell ya — their unpredictability is sometimes way more hysterical. I notice this is especially true when it comes to cat toys. There are certain playthings that I know my cats go after with unmatched feline zest. Typically, when I pull these toys out, the cats go nuts. On occasion, I’ll introduce a favorite toy and they’ll completely ignore me. Sometimes they’ll even start cleaning their bottom or some other mundane task. Now that’s funny to me. Cats: Go figure.

Cats are the kings and queens of “I meant to do that,” right? They fall off an ottoman while cleaning themselves, or get stuck between an end table and sofa, and they’re all, “whites.” Naturally, I have to let them own their dignity so I play along with their little scheme. Of course you meant to do that. Of course you did.

Who’s more expressive than a cat? Nobody, that’s who. I think the most hilarious feline expression is complete sass. They’re gonna make their own rules, and no one’s gonna tell them any differently. And if we try to cross them, we get the airplane ears and “screw you” look. Sometimes they even walk away with a flick of the tail. Phoebe is a total back-talker, and when she’s not happy with me, she responds with clipped, sarcastic-sounding mews. Cats own sarcasm.

Try to explain cats. Go ahead, I’ll wait. … I thought so — not one of us can completely define or explain kitties. Phoebe lies on top of the most uncomfortable-looking surfaces when there are tons of cozy spots for the taking. I’ve never met a cat who didn’t enjoy the box or bag better than the cat toy it came in. I suppose that’s cat logic, and we humans aren’t supposed to understand it.

6. They are unaware of their humor.

Cats have absolutely no idea how funny they are. They lie in the craziest positions, make the silliest noises, and get themselves in the weirdest pickles. They probably wonder why we laugh at them, I guess it’s good thing that they don’t realize their own comedic tendencies because then they’d be even more full of themselves. I mean that in the most loving way, of course … but come on, cats are the masters of self-love.