Why is Your Cat Howling? – Explained Below 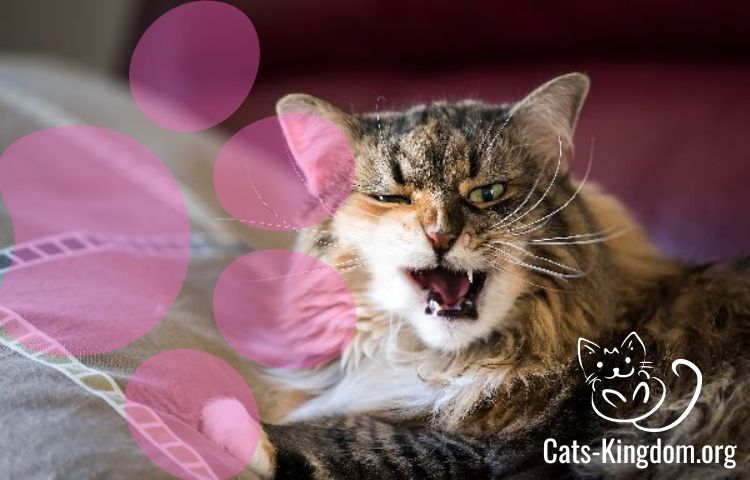 Although all cats make noise, some cats are more vocal than others. Common cat noises include meowing, purring, hissing, and growling, but what about cat howling? Is howling by cats typical, and if so, why do they howl? You’ve come to the right place if you’ve asked yourself any of these questions. Learn more about cat wailing by reading on!

What sounds do cats make when they howl?

A cat howling sounds like typical cat meowing, except more drawn out — and sometimes deeper. There can also be a melodic quality to it.

Cats usually meow to communicate with humans. They use the vocalization to ask for food, attention, to be let in or out of a room or any number of day-to-day reasons. With cat howling, however, there’s typically something more unusual at play. Some of the reasons for cat howling may include …

1. It happens because your cat isn’t spayed or neutered

Marilyn Krieger, Certified Cat Behavior Consultant and author of Naughty No More! says, “Whole females are known to howl. They howl to let the boys know they’re looking for boyfriends.” Males also howl when they sense there are ready-to-mate females nearby.

2. It happens because of boredom and stress

Cats who lack mental stimulation may start howling because they’re bored. This could mean they’re left alone too often or they don’t have the toys and resources to keep their brains active.

Cats could respond to anxiety with cat howling, too. Many cats become stressed when there are shifts in the household, including a move, change in the number of people or animals in the home, or even a switch in food or litter brand.

3. It happens because of illness or injury

Cats are great at masking pain, but cat howling could indicate a red flag in the health department.

4. Cats howl out of confusion

How is the howling of cats different from that of dogs?

We’ve all heard howling dogs, right? Sometimes canines join together in choral “harmony.” In general, dogs can howl for different reasons than cats do. Additionally, they do it more often than cats do, and a lot of it has to do with genetics. Dogs are wired to howl because that’s the way of their wild ancestors, who howled to direct members of the pack home after they’d been away — kind of like a puppy version of Marco Polo.

Although dogs, like cats, use howling to communicate stress or injury to humans, they also do it during play and to announce their presence to other dogs or mark their territory.

First and foremost, medical concerns should be ruled out when we’re faced with cat howling. As previously mentioned, cat howling could indicate injury or illness, including hyperthyroidism and CDS. And for our cats’ comfort and our own — as well as feline overpopulation prevention — cats should be spayed and neutered.

Help cats adjust to changes in the home by taking things slowly. Introduce new animal and human additions, as well as modifications to food and litter, slowly. Drastic changes can definitely cause anxiety, which could result in howling. Why not prevent the stress?

How to stop cat howling — if your cat is bored

Interactive toys and treat puzzles could be just what the kitty ordered when it comes to mentally stimulating a cat. Scheduled playtime with kitty is also a great way to engage a bored cat as well as provide some human-cat bonding time.

Sometimes cat meowing can turn into cat howling. “Vocalizing/howling for attention and/or food can also be stopped,” Marilyn explains. “Never punish the cat, it can escalate the behavior, cause other unwanted behavior and distance the cat from her person. Instead, identify the reasons for the behavior and address it. For instance, if she’s demanding food with howls late at night, get a timed auto feeder that will dispense measured proportions at night or early morning. There are timed auto feeders available for canned food. Right before bed, play with her and end the play session by immediately giving her a substantial meal of healthy cat food. Also, make sure that there’s plenty of enrichment and that the cat receives lots of attention when she isn’t vocalizing.”