Why Do Cats Rub Against You? – Explained In Detail 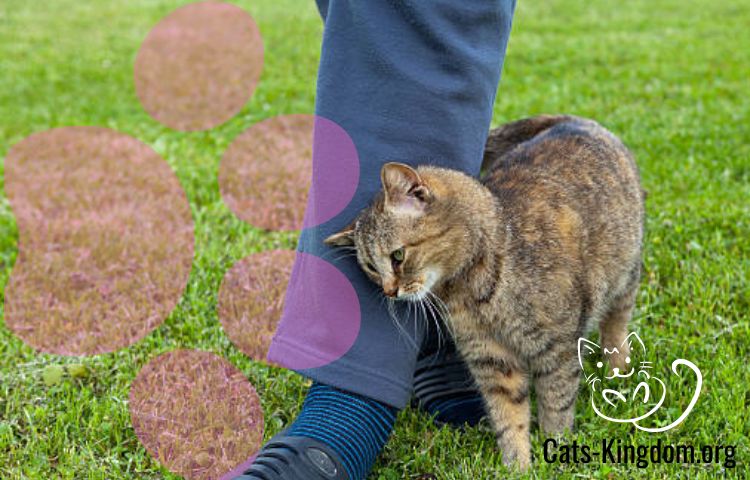 Spending more time with my cats is one of the perks of working from home as a freelance writer, but several times they’ve screwed with my typing and even shut off my computer by butting their heads on my hands. What gives, then? Why do cats scratch you?

According to experts, your cat is connecting with you and marking you as his skin by engaging in this common cat habit, which is a complement.
Marilyn Krieger, better known as The Cat Coach and a licensed cat behavior consultant in California, claims that cats use scent to identify their environments. “It’s one way they distinguish between their relatives, friends, and foes. What a cat is doing when it rubs up against you.  It’s reinforcing that you are part of [their] group. It’s very sweet.”

Why do cats rub against you?

“Scent communication not only signals something when the cat goes through the motions, but the smelly message lingers for long-term communication, too,” Amy says.

“For other types of communication, the cat and the other party must be present to see the friendly tail greeting, for example, or to hear the purr and hiss,” says Amy, the author of more than 30 pet-care books, including Compatibility: Solving Behavior Problems in Your Multi-Cat Household. “Vocal communication can only last as long as one breath at a time,” she says. “But scent continues to communicate, even when kitty has left the building.”

Popular Read:  Why Do Cats Sleep So Much? - 5 Amazing Fact About Sleeping Cat

Cat rubbing can also be a matter of claiming territory, but it goes beyond that, Shojai says. Territorial marking is more directed toward objects and spaces, and typically involves clawing and cheek rubbing. Feral cats rub against each other to mark members of their tribe.

To mark members of their tribe

In colonies of feral cats, the felines mark each other as members of their tribe by rubbing and bunting their heads among themselves. This is a form of communication and acceptance, Krieger says. When cats transfer this behavior to humans, they are mingling their scents with ours, and also claiming acceptance. If a cat doesn’t like you, she probably will not rub against you, Krieger says.

When cats rub you, they are saying, “You’re part of the group, I’m part of you, we’re all part of the same group,” she says.

Do cats choose specific areas to rub on purpose?

However, if a cat rubs your face, it feels more intimate and might be something a kitty only does if he particularly likes you. One of the most distinctive cat rubs is headbutting, which is when cats bump their heads on you with oomph. This, Shojai says, signals “I am your friend.”

“Not only does the head rubbing/bunting behavior leave pheromone signals that identify friendly encounters, it also places the cat’s face and eyes in vulnerable positions,” she says. “So, it’s not only expressing friendliness, but also trust. Typically, it’s the most confident cat that offers the head-bunting behavior, too.”

Popular Read:  Why Do Cats Sleep So Much? - 5 Amazing Fact About Sleeping Cat

Cats also like to walk closely past us, rubbing their whole bodies against our legs. They often finish this by wrapping their tails around our legs. “This, again, is a friendly greeting between cats, and by extension, the humans they love and trust,” Shojai says.

Want your cat to rub against you? Encourage the behavior!

“When cats come up to you… and they haven’t seen you all day and they rub you on the legs — if you automatically pet them, you reinforce that behavior and you put your scent back onto the cat,” she says. “They enjoy the affection and they like that.”