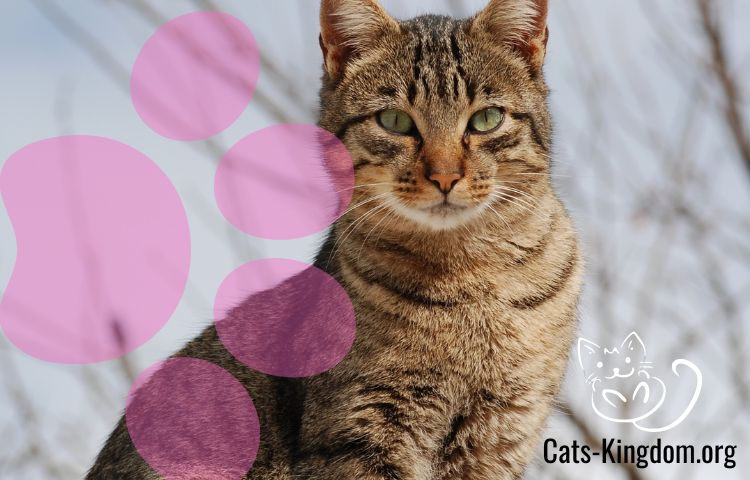 The brown tabby doesn’t have a shabby look at all! Brown tabby kitties exemplify everything admirable in cats and tabbies. Despite not being a breed—tabby is a particular sort of coat design—they stand out. Cats with tabbies can be any color. Orange tabby cats are among the most common tabby cats, but brown tabbies are also stunningly notable. The five varied tabby patterns of the brown tabby cat contrast with its richly colored fur. It also has brilliant, glittering eyes. Let’s learn more about what attracts people to brown tabby cats.

1. The Cat Has Some Accolades

It’s no surprise that majestic brown tabby cats are favored by show judges. The judges concur — of the top 25 cats judged by The International Cat Association in 2018 (TICA), three of them boast the brown tabby cat coat. When you factor in the other categories.

Bengal cats sport the brown tabby cat coat. The Bengal is arguably the most remarkable and rarest of household cats to wear the brown tabby cat coat. Bengals were originally bred from the Asian leopard cat . There are a few wildcats who are about the same size as our domestic cats resembling the traditional brown tabby cat as well. The Amur leopard cat, the Tsushima leopard cat, ocelots and margays are dead ringers for brown tabbies. These wildcats are nearly extinct in their natural habits (primarily Asia, Central America and South America) — so our brown tabby Felis catus is the closest most people will come to seeing their regal relatives.Popular Read:  Why Does My Cat Scratch The Sides Of The Litter Box? – Simple Explanation

The Toyger (“toy tiger”) is another unusual brown tabby cat who looks wild. The breed is purported to have been created by breeding Bengals to a variety of cat breeds. Toygers are believed to have been bred by one woman in the 1980s who imported a tom from India in order to perfect a tiny tiger phenotype. Interestingly, it is also believed that the Toyger’s creator intended the breed to inspire tiger conservation in order to increase the number of the big cats in their natural habitats.

Brown tabby cats boast that distinctive “M” on their foreheads. All tabbies — regardless of color — have a few marks of distinction. The “M” on their foreheads is one common tabby characteristic. Because the tabby pattern is a dominant gene, it is the most popular type of cat coat pattern in the world. There are some interesting further facts on how the type of stripe is created through genes!

The brown tabby cat is usually healthier than other cats who are the result of over-breeding or extensive inbreeding by cat breeders trying to display recessive genes (especially albino). Their noses and eyes come in different colors, and the pads on their paws are brick red or gray. Their noses can even change color.

Lil BUB is one very famous brown tabby cat! Check her out, pictured here with her human, Mike. Outside of tuxedo cats, vying for most recognizable cat status in the world has brown tabbies ahead by a nose. Currently, one of the most famous cats around the globe is Lil BUB, a brown tabby cat. Lil BUB was rescued out of a shed in Indiana. She was the runt of a feral cat litter, but soared to YouTube fame soon after becoming a cherished family member (she’s short on stature but big on personality!).Popular Read:  Why Does My Cat Scratch The Sides Of The Litter Box? – Simple Explanation

This brown tabby cat has not only elevated the status of community cats and shined a spotlight on adoption (and adopting pets with special needs), she’s also raised hundreds of thousands of dollars to help homeless pets. In addition, this trail-blazing tabby is starring in her own movie, I’ll Be Next Door for Christmas! Lil BUB is so popular that her film debut was paved by individual donors through online crowdfunding. That’s one impressive resume for a kitty born to community cats.

5. The Bottom Line on the Brown Tabby Cat

The brown tabby cat is one fantastic feline — whether she is born to a grand dam for a high-end, responsible breeder or whelped in a manger (or shed!) — these beautiful beasts will surely steal your breath away. And your heart! Adding a brown tabby cat to your home will bring you years of happiness and — quite possibly — international fame.