Meet Jinx: the cat from Meet The Parents 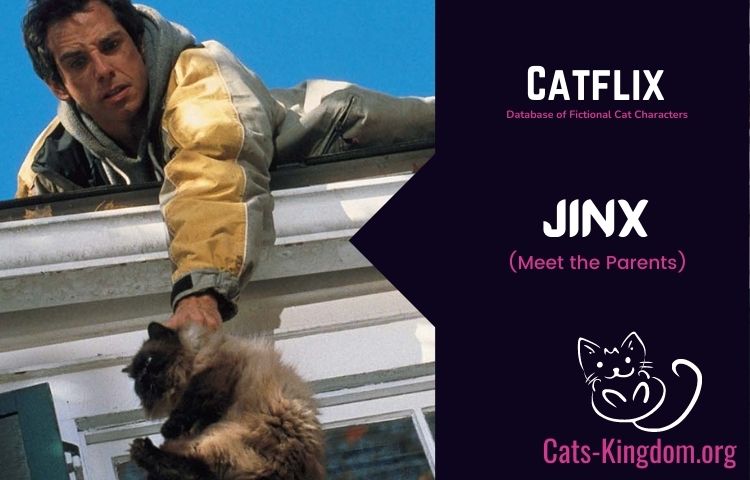 Meet the Parents is one of the most famous comedy movies that came out in 2000. It features a Himalayan cat named Jinx.

The movie was very successful and the character of Jinx is highly appreciated by the audience. Even after over two decades of its release, Jinx is hailed as one of the best cat characters featured in a movie.

Greg is in love with Pam and wants to propose to her, but before he could he is invited by Pam to her sister’s wedding. Greg decides to use this occasion as a way to impress her family and then propose.

He reaches Pam’s house and meets her parents Jack and Dina and their beloved cat Jinx aka Mr. Jinx. Greg’s plan to impress her family hits roadblocks when Jack takes an immediate disliking to him and tries to make him feel like an outsider. On top of that, some of Greg’s misadventures cause him to become more left out.

Will Greg be able to make Pam’s family like him or is it the end of their relationship?

Jinx’s Role in Meet the Parents

Jinx is a Himalayan cat and he is the dear pet of Pam’s family. Even though he has a secondary role in the movie, he is present in some of the most vital and comical scenes.

Jinx usually is calm and chill but he has a mischievous side to him and he is quite smart for a cat.

He can understand commands, can wave, and even knows how to use the toilet. He is very close to his human family, especially Jake who taught him all the tricks.

But his relationship with Greg is not so great, the two often end up in hilarious situations which is fun to watch. He is one of the main reasons for misery in Greg’s life.

The success of the movie and the popularity of Jinx led to curiosity among the public about what kind of cat Jinx is and how much closer it is to reality.

Meet the Parents is an excellent movie that everyone that likes cats should watch. Though the plot of the movie doesn’t center around the cat, Jinx has been a part of most of the movie and the central figure of many important scenes.

Every cat lover enjoyed the sweet relationship between Jack and Jinx. There were moments of Jinx in the movie that are overloaded with cuteness.

The character of Jinx is very relatable and not over the top which is a good thing. It is nice to know that the cats that were chosen for the role were properly taken care of and also cherished by the cast and crew.