Why Do Cats Chirp At Birds? – Answered In Detail 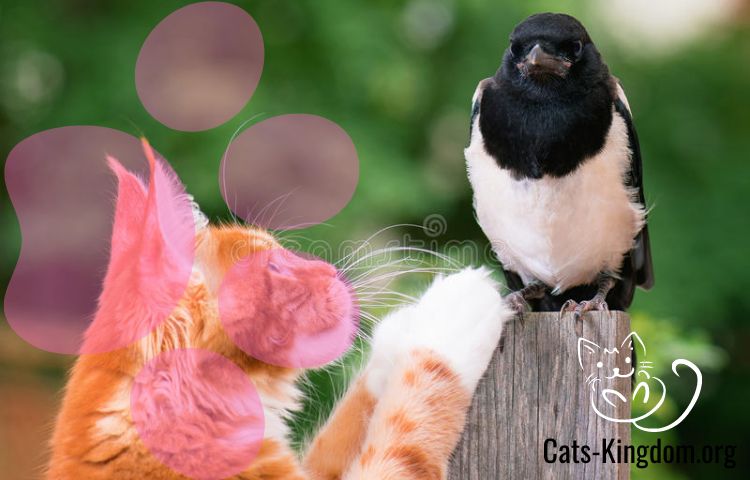 Cats occasionally make some odd noises, don’t they? They actually have a wide variety of vocalisations and sounds that they employ to talk to us, their predators, and other cats. Have you ever heard your cat making odd noises at birds or squirrels while perched by the window? Let’s explore the reasons behind cats’ chirping, cackling, and other noises.

1. Why Do Cats Chirp At Birds?

To the untrained ear, cackling, chattering, or chirping at birds, squirrels, or other prey may appear to be simply another odd cat activity. What does that signify, then?

a. They’re Prepared To Hunt

Chirping is a prey-driven behavior. When your cat can see prey like birds, squirrels, or rodents, through the window, they chirp in response to their hunting instincts. Of course, they only chirp when separated from their prey by a barrier. If they made the noise while actually hunting, they would give away their location, and their hunt might be unsuccessful!

b. They’re In Frustration

When your cat can see their prey and wants to hunt but can’t because of a physical barrier like a window or door, they chirp out of frustration. This noise could act as a way of venting frustration and relieving stress.

Sometimes, although a cat’s behavior doesn’t make sense to us, it’s intrinsic and natural to all cats. Chirping is an example of that. Although the behavior doesn’t seem to serve any obvious purpose, it’s a form of cat communication and behavior that all cats share. That’s right—big cats, small cats, old and young, wild cats and domestic cats, will all display this behavior in certain situations.

Popular Read:  6 Tips To Talk To Your Cat

2. Other Sounds That Cat Produce

Cats make a wide variety of vocalizations other than simple meowing.

When cats are happy, they often purr. This is a soft rumbling or rattling sound that originates in their throat. But did you know that purring isn’t only a sign of happiness? Cats can also purr as a self-soothing method when they are nervous, stressed, or unwell.

A meow often means your cat is curious, content, or wants interaction. However, you can usually tell their mood by the tone of their meow. Sometimes it feels like you have a whole conversation with your cat, with them responding with a “meow” in all the right places.

A yowl is a loud, elongated meow that often sounds like your cat is in pain or severe distress. Rather than being a sign of pain, yowling is associated with mating behavior and is common among females in season.

Cats that are growling might also hiss and arch their backs, all of which send the message to stay away.

Growling is a low-pitched, aggressive noise that cats make when they are annoyed, irritated, or afraid. It’s a sure sign that your cat is unhappy with their situation. This might mean that they are in a fight or under threat from another cat, they’re in pain or unwell, or they’ve just had enough human interaction.

Cats will hiss to try to scare away or warn off a threat. It’s not just the noise of the hiss that is a deterrent, though. When they hiss, their mouth opens wide, and they bare their teeth. This helps them look threatening, and discourages people or other cats from approaching.