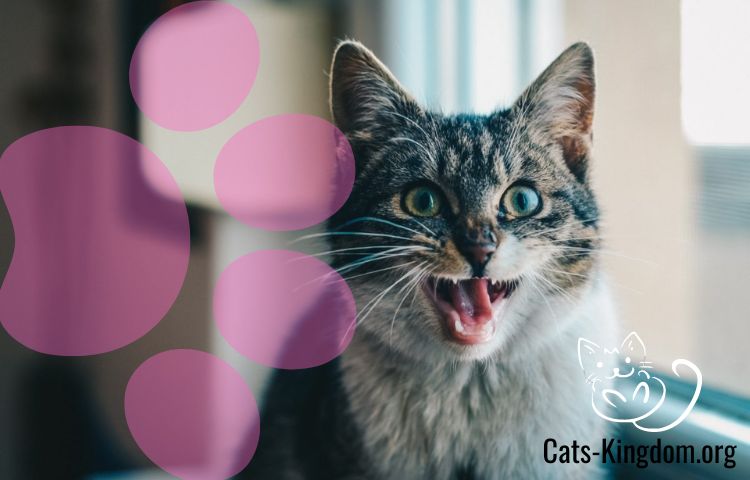 Has your cat ever hiccupped in your presence? You did read that right: Actually hiccupping, as opposed to sneezing, chirping, or any of the other interesting noises cats make? Let’s examine the causes of cat hiccups and when to be concerned versus when to simply chuckle.

Hiccups from a Cat

To begin with, watch this video to learn more about the cat hiccup phenomenon if you haven’t already. As you can see, the cat appears to be about to spit up a hairball, but it’s actually just making a series of little hiccupping motions.

The Science Behind Cat Hiccups

From a veterinarian point of view, a cat hiccups when her diaphragm decides to contract at exactly the same time as the part of her larynx that houses the vocal chords closes. Sometimes this happens due to nerve irritation issues, and other times it’s a consequence of chowing down too quickly on food and ingesting air at the same time. (Fun factoid: In humans, this can also cause acid reflux.)

Oh, I should add that the scourge of the feline that is a hairball can also actually cause a cat to hiccup. This takes place when the cat’s throat tries in vain to expel or move the fur that’s accumulated, but instead irritates things and prompts a hiccup.

Are Hiccups Connected to Cat Farting?

Despite the popularity of this video, which shows a somewhat portly cat slouched down and emitting noises from both the mouth and butt, there is no conclusive scientific evidence to suggest cat hiccupping and feline farting are in any way related. So, let’s move along.

What Should My Level of Concern Be Regarding Cat Hiccupping?

If your cat suffers from sporadic, small bouts of hiccups, you’ve probably got nothing to be overly concerned about. In fact, she’s probably just feasting on her food too quickly. But if your cat seems to be hiccuping for longer than a day at a time, it’s probably time to consult a vet as there could be larger ailments and issues at play. Feline asthma is one such concern, as is heart disease or icky parasites. Oh, and there could even be a food allergy at work. Yes, with cats it’s so often always about the food.

How Can I Treat My Cat’s Hiccups?

First up, don’t stress your cat out if she’s hiccuping. Keep things calm and give her some space.

Next, do a quick survey of your cat’s food. Does she scarf it down way too quickly? If so, try serving smaller portions throughout the day. Also, ensure that she always has access to water — and is actually drinking it. If you’re cohabiting with one of those kitties who refuse to drink settled water out of her bowl, look into picking up a cheap water fountain — sometimes our finicky friends prefer cascading water. Because, you know, it obviously tastes so different.

Also, if hairballs do seem to be tied to any hiccupping action, ask a vet for recommendations to control the condition.

Can I Treat My Cat’s Hiccups With Human Remedies?

Don’t use any human hiccuping remedies on cats! Photography by Valery Kudryavtsev/Thinkstock.

Finally, let the record show that the age-old remedies to cure human hiccuping should probably not be used on cats. That includes scaring your feline witless, attempting to get her to hold her breath (good luck with that one) and the bartender’s trick of biting into a lemon doused in Angostura bitters. Seriously, the last one genuinely works — for humans.

Popular Read:  Why Do Cats Like Boxes? 8 Reasons
Tags:Cat Behavior
previousWhy Cat Peeing on the Bed or Couch? – Answered In Detail
nextWhy Cat Scooting Happens and What to Do?