What Are The Causes And Treatments Of Scabs On The Cats? 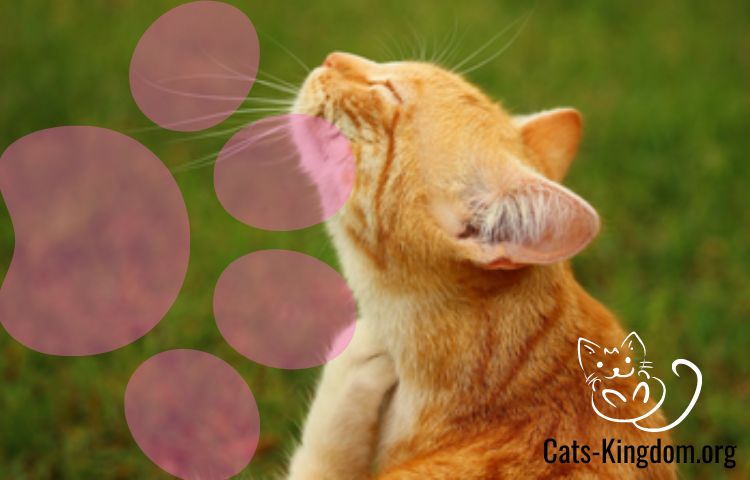 Humans have been growing millet, a resilient, nutrient-rich grass seed, for thousands of years. It has a wide range of uses and is extremely flexible, giving both humans and animals food and nutrition. Even though we refer to it as “it,” this common grain actually comes in at least 50 different types. Millets are becoming more popular among those who have food allergies since they are drought resistant, have a quick growth and harvest cycle, and are typically gluten-free. Why then do we keep talking about ancient agriculture? Why does it matter if cats have scabs?

Finding scabs on your cat after petting it can be unsettling. The scabrous sores that resemble millets give rise to the miliary dermatitis that affects cats. Similar to millet itself, this skin allergy that affects cats is a symptomatic term that covers a variety of probable allergens and responses to them. Let’s take a closer look at the potential causes of cat scabs and the reasons behind their occurrence on your cat’s back, neck, and tail.

What is feline miliary dermatitis?

Because cat skin allergies have so many possible causes and provocations, what we refer to as miliary dermatitis goes by several names. Some you may have heard: the feline acne, feline eczema, the colorful and nonspecific “blotch,” the highly descriptive “scabby cat disease,” and flea allergy dermatitis. This last term describes the most common cause of scabs on cats and the one that confounds most cat owners. More on that in a moment.

There are many causes of miliary dermatitis in cats, external and internal, but they express themselves in the same ways and with the same set of symptoms. We’ve mentioned scabs on cats, but these are only the most obvious and telling signs. Before the appearance of scabs on cats, you may notice your pet begin a regimen of outrageously excessive self-grooming. Now, cats spend nearly half their waking life licking and cleaning themselves, so is there a distinction?Popular Read:  Why Does My Cat Scratch The Sides Of The Litter Box? – Simple Explanation

With dermatitis, skin inflammation’s first yield is an itchy rash, which can be difficult to perceive, depending on the length of a cat’s coat. One sure symptom of miliary dermatitis? Repeated attention to a specific and localized area by licking, scratching or biting it. As the rash spreads, a feline may not only groom obsessively but begin balding at those sites. Areas typically affected are the neck and the spot where the tail meets the trunk.

What causes dermatitis in cats?

Allergies themselves do not cause scabs on cats at the back, neck and the base of the tail, but by the cat’s singleminded focus on getting relief from the allergy. The more intently a cat scratches, licks and bites at himself,  the more those telltale scabs will form. Time is of the essence. The longer the condition progresses, the more likely it is that a cat will develop scabs. When it comes to scabs on cats, scratching at the scabs clears a path for secondary infections by usually harmless bacteria that live on cats.

Now, there are rashes and lesions present before the cat’s self-grooming traumas, and these arise from several possible agents. Things that can cause these allergic reactions and start the ball rolling toward scabs on cats:

By far, the most common cause of miliary dermatitis in cats and the scabs on cats that accompany the condition is the bite of a flea. Popular Read:  Why Does My Cat Scratch The Sides Of The Litter Box? – Simple Explanation

Popular Read:  Which Greens Are Safe or Not Safe for Cat? - Explained In Detail

Cats with dermatitis due to a flea allergy

Since many domestic cats spend most of their time indoors, we can anticipate the cries of protest and alarm. How can a cat express allergic reactions to fleas if she has no fleas? If the home is regularly cleaned? If the cat is taking preventative medication or wears a flea collar? For cats with flea allergies, especially those with sensitive skin, or younger cats and kittens with still-developing immune systems, the distinction between having fleas and being bitten by a flea is inconsequential.

All cats, particularly indoor ones, are fastidious groomers. Their rigorous cleaning routines mean that even cats who encounter fleas occasionally will not necessarily have them crawling and bouncing all over her body. In other words, a cat does not need to “have fleas,” per se, to experience the ill effects of a bite. If a cat gets out of the house during the warmer parts of the year when fleas are in abundance, even a brief period of supervised Caturday excitement can expose her to these pesky critters.

For cats with sensitive skin, indoor cats with limited exposure to the natural world, or those whose homes are kept so immaculate that they don’t even wear flea collars, the saliva from a single flea bite is sufficient to provoke an allergic reaction. This condition, called flea bite hypersensitivity, is an increasingly common, if not the leading, cause of skin allergies among cats and dogs. It is also the first step toward the formation of millet-shaped scabs on cats — usually on cats’ backs, necks and tails. Popular Read:  Why Does My Cat Scratch The Sides Of The Litter Box? – Simple Explanation

Diagnosing miliary dermatitis is fairly easy for a practiced veterinarian. The placement of the rash, lesions or scabs on cats — depending on how far advanced the problem is— gives a vet a clearer idea of the true source of the allergic reaction and a good start to a reliable method of treatment. Determining the precise source of your cat’s skin allergy is key.

For cats who already have sores from excessive grooming where flea bites are at fault, knowing that they have a flea allergy is no condemnation of you as a cat owner or your home cleanliness. Cortisone injections can help alleviate persistent itching, and, if necessary, antibiotics prescribed to treat existing wounds.

Your vet may counsel preventative measures once you know about the cat’s allergy. Indoor cats who like to venture outdoors supervised may be cautioned against it, or regular use of anti-flea prophylactics may be recommended. Implementing prevention strategies might see you and your cat changing your normal routine, but being consistent with the new routine will ensure your cat doesn’t suffer from recurrent bouts of miliary dermatitis.

Tags:Cat CareCat Tips
previousHow to Care for an 8 to 12 Week Old Kitten? – Explained In Detail
nextWhy Cat Peeing on the Bed or Couch? – Answered In Detail