When Do Cats Stop Growing? – Answered In Detail 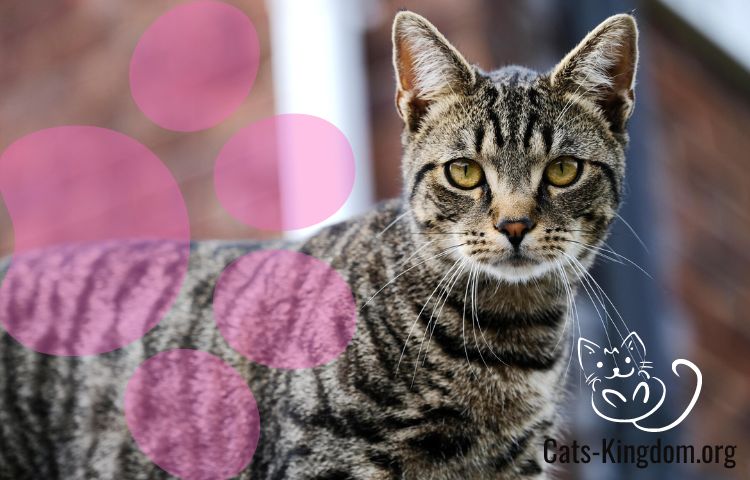 Our feline buddies mature so differently from us, which is one of the striking contrasts between cats and cat owners. Under a microscope, animal tissues remarkably resemble their human counterparts, yet they age much more rapidly.

Kidney cells in cats resemble those in humans. And most bodily components are similarly applicable.

The difference in ageing rates is evident from an early age. Kittens are born helpless, just like human newborns, but by the time they are four weeks old, they are virtually completely weaned off of human food and are able to move around on their own.

In contrast, the average human isn’t able to walk till they are a year old, and some take even longer. Kittens are ready to leave their birth families by three months of age: most humans aren’t mature enough to leave home till their late teens.

Kittens grow rapidly: typically from around 50 grams (2 ounces) at birth to 1kg (2.2 lbs) by three months of age to over 2kg (4.4 lbs) by six months of age to 4kg (8.8 lbs) by one year of age. However, the rate of a cat’s growth does vary. Most cats are more-or-less fully grown at a year of age, although some cats have a growth rate that’s greater and more prolonged.

Larger cat breeds (like Maine Coons) can continue to grow till, not reaching full size till they are 18 – 24 months old (or even longer in some cases). These large breeds are like the Amazons of the cat world: Maine Coon cats are bigger, stronger and more muscular than cross bred domestic cats ( Domestic Short Hair or Domestic Long Hair types) as well as most other pedigree cats like Siamese, Ragdoll, Bengal, Persian and Sphynx. However, there can be individual large specimens of any breed of cat.

Cats of different breeds and genetic backgrounds will age at different rates as kittens, but once they reach adulthood, all cats are on roughly the same ageing track.

It’s difficult to be specific about the rate at which different breeds of cat grow older, but it is fair to say that the bigger an adult cat is, the longer they will take to reach this size.

Once they are fully grown, different breeds of cat age at around the same rate, according to the following broad life stages.

This is a stage of rapid growth, leading up to sexual maturity and the ability to breed. During this time, a kitten’s fluff changes to the coarser hair coat of an adult cat.

Neutering of female cats (spaying) and male cats (neutering or castration) is usually carried out towards the end of this stage. The spay and neuter operations are often done when a cat reaches five to six months of age, depending on an individual veterinarian’s policy.

This is the final stage of physical growth for most cats, both physically and mentally, with cats moving from kitten food to adult cat food as they move from first year of life into adulthood, reaching adult size.

These are the best years of most cats’ lives, when they are fully mature, in top condition, and at the best of their physical and mental capacity.

At this stage, cats are middle aged, like a human in their forties or fifties. They are still very active and strong, but marginally less able to keep up than a cat in their prime.

Popular Read:  How to Give a Cat a Bath and Survive! - Explained Below

It becomes increasingly important to feed high quality cat food, and to be aware of some health issues (such as weight gain and obesity, that can lead to exacerbation of arthritis, diabetes and heart disease).

Cats of this age are like humans in their sixties and early seventies: still active and engaged, but beginning to visibly slow down. Again, nutritional needs change, with senior cats needing a more specialised type of diet, with aspects such as a higher quality of protein and enhanced levels of vitamins and anti-oxidants becoming more important.

It’s important to monitor their health carefully, checking their litter box every day for changes in their urination and defaecation habits, and visiting the vet at least twice yearly for physical check ups.

6. 15 Years And Over: Super Senior Or Geriatric

Many cats do not reach this age, but those that do deserve extra care to help them as their body and mind begins to slow down, similar to humans in their eighties, nineties and beyond. Cats can live to be over twenty years of age, but this is rare. Again, regular veterinary checks are an important part of optimizing health at these advanced ages.

How To Determine A Cat’s Age

Can you guess how old this cat is? Several visual cues can help you to estimate, or really, guesstimate, a cat’s age.

There is little pure science when it comes to telling how old a cat is: it’s usually a “guesstimate” based on a combination of factors.

Popular Read:  Why Do Cats Yowl and What Does It Mean?- Explained In Detail
Tags:Cat Care
previousWhy Do Cats Like Boxes? 8 Reasons
nextCan Cats Eat Corn? – Explained in Detail