When Do Cats Stop Growing? Explained In Detail 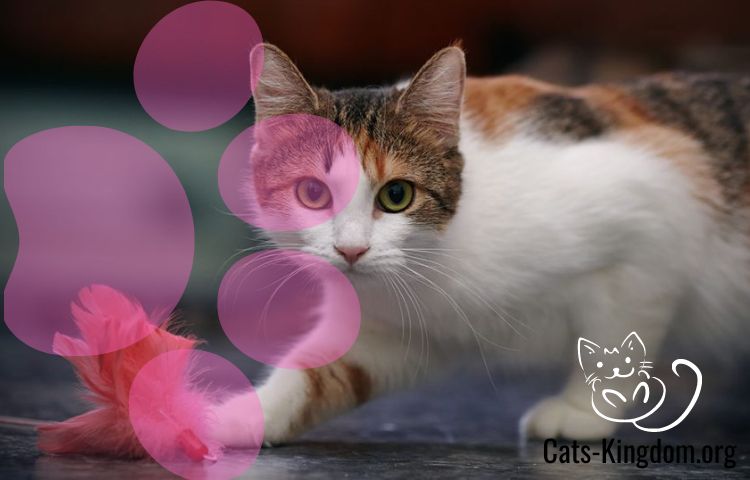 Some cats weigh only 5 pounds, while others are closer to 20 pounds. Cats are available in almost as many different sizes, shapes, and colors. With the right nourishment, every small kitten, from the slim Sphynx and Siamese to the ostensibly overgrown Maine Coon and Ragdoll, will quickly develop their enormous personalities. But when do cats stop growing, have you ever wondered? Find out now you ever wondered — when do cats stop growing? Let’s find out! Baby kitten and adult cat completely different sizes.

When does a cat’s growth stop?

Many new cat parents ask the burning question: “When do cats stop growing?” Kittens grow rapidly until 6 months old. Between 6 months to 12 months is when kittens stop growing in size.

This doesn’t necessarily mean that cats over a year old will stop growing altogether. A cat who is mostly sedentary and on a poor diet, or has access to too much food throughout the day, can continue to pack on fat. While an obese cat may look cute all roly-poly, obesity is in fact a very unhealthy condition for any feline.A young cat or kitten with food or treats.

How large will my cat become?

Another question associated with, “When do cats stop growing?” is, “How big will my cat get?” The average domestic feline is about 10 pounds, give or take a few pounds. The males of the largest cat breed, the Maine Coon, weighing in at around 20 pounds. Cats are not like dogs in many aspects, and there isn’t a correlation between your cat’s paw size and his height and weight. Bigger paws don’t really mean a bigger cat. How big your cat will get is determined by genetics. There are 19 pairs of chromosomes that control everything from hair length, coat color and, yes, size!

While your kitten’s parents are the best indicator of how big your cat will get, gender can also be a factor. Males are usually bigger than females, and the duration of their growth spurts can last longer.

Of course, there are exceptions to everything, including exceptions to the answers to “When do cats stop growing?” According to the Maine Coon Fancy, this breed of cat takes up to five years to reach full size. And their full size is noteworthy: a Maine Coon cat named Stewie held the Guinness Book of World Record’s record for the longest cat at 48.5 inches stretched out. Sadly, Stewie passed away in 2013, but his mark on the world remains.

On the other side of the spectrum, cats with dwarfism can be abnormally small. Dwarf cats are the Lilliputians of the feline world (there are two different causes: genetic mutation and pituitary gland malfunction). A Munchkin cat named Lilieput holds the Guinness Book of World Record’s record for the shortest cat. Kittens with dwarfism will develop more slowly than healthy cats. A mother cat grooming a kitten.

When does a kitten’s growth stop?

Another common question with, “When do cats stop growing?” is, “When do kittens stop growing?” Kittens come into this world with one goal: to grow! And quickly! Newborn kittens require round-the-clock feeding, and their spikes in weight gain reflect all that nutritious sustenance.

Popular Read:  Why Do Cats Groom Each Other? - Answered In Detail

While kittens will stop growing at about 1 year old, it’s important to remember that most kittens will look like an adult at 6 months old. For folks considering adoption, maybe a kitten isn’t the best fit for their home (see some benefits of adopting an older cat here). That adorable little fluff ball will only boast a juvenile appearance for a very short time. He’ll look like an adult cat before he hits his first birthday.

Of course, feeding your cat a healthy diet, always providing a freshwater source, and enriching his environment with plenty of exercise, places to climb and hidey holes to explore will ensure he not only grows big and strong but is the happiest and healthiest he could be!

Tags:Cat Behavior
previousWhat to Do When Your Cat Won’t Eat? – Answered In Detail
nextWhy Does Cat Growl ? – Explained In Detail