Can Cats See In The Dark? – Explained In Detail 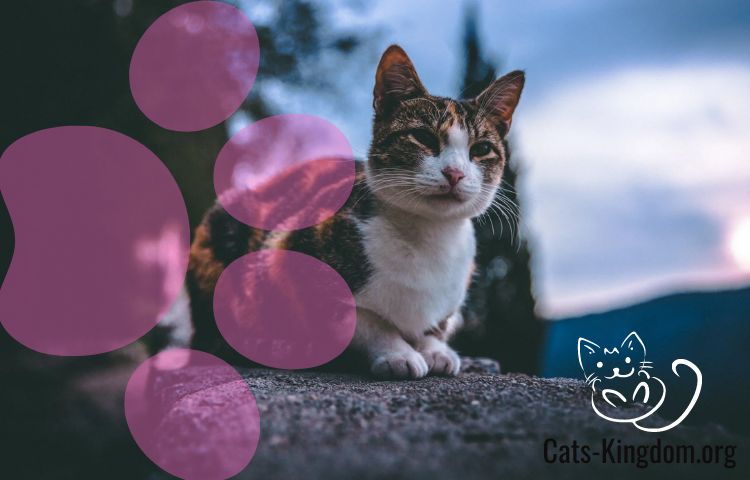 Have you ever wondered how your cat manages to get into so much trouble when all the lights are off? Your cat’s midnight zoomies and early morning antics could keep you awake at night. Some claim that cats have night vision.

This brings to mind either phantasmal beings or night-vision-capable Navy Seals. It should come as no surprise that neither of these comparisons accurately describes your cat. It’s not quite accurate to suggest that cats can sight in the dark.

You must first comprehend the biological distinctions between feline and human eyesight in order to fully appreciate your cat’s vision and how they navigate in low light. What you should know is as follows.

Exactly How Do Cats See in the Dark?

Both cats and humans have two types of photoreceptors in their retinas. These cells are called rods and cones. While cones mainly deal with allowing the eyes to detect and differentiate colors, rods are especially sensitive to light and are responsible for all vision in low-light conditions.

One of the main differences between feline and human retinas is the number of rods and cones. Cats have significantly fewer cones than humans, and they do not possess the specific photoreceptors that detect colors in the red-orange wavelengths. This is why cats are partially colorblind and don’t see colors the same way as humans.

How Good Are Cats’ Night Vision?

However, what cats lack in cones, they make up for in rods. Cats have somewhere between 6 and 8 times more rods than humans. All of those light-sensitive cells give them the ability to absorb more light and see in conditions that would have humans pulling out a flashlight.

Popular Read:  Why Do Some Cats Get Freckles? - Explained In Detail

Many mammals have a tapetum lucidum, but humans aren’t on the list. We stumble along in the dark with our average number of cones and no reflective membrane.

Along with extra rods, cats have another biological advantage when it comes to seeing in the dark. The tapetum lucidum is a thin, reflective layer of tissue located between the lens and retina. Its purpose is to reflect light back through the retina to increase the amount of usable light for the rods. It’s also responsible for the eerie eyeshine that makes feline eyes glow when light hits them in the dark. Other animals, including dogs, deer, horses, and cattle also have this anatomical advantage.

Many mammals have a tapetum lucidum, but humans aren’t on the list. We stumble along in the dark with our average number of cones and no reflective membrane.

*Don’t confuse the “red-eye” that can sometimes appear in photographs as the eyeshine caused by a tapetum lucidum. That demonic red glow is only the flash of the camera reflecting off the retina and illuminating the eye’s blood vessels.

When it’s nighttime, however, the pupils expand to let in more light. A cat’s pupil can expand to be 50% larger than a human’s.

The Shape Of Their Eyes

A final feline advantage comes with the shape and function of different parts of the eye. Your cat’s eye has a proportionally large and curved cornea. This is the clear, outer layer of the eyeball. The extra size allows more light to enter the eye.

As you move further into the eye’s anatomy, the design of the circular pupil also affects a cat’s night vision. Cats have split pupils that are sensitive to light and capable of extreme dilation. This is why when you look at your cat while they’re sitting in the sun, their pupils are thin little slits. This protects their eyes from bright light. It also explains why cats don’t need to squint in bright conditions or wear sunglasses. When it’s nighttime, however, the pupils expand to let in more light. A cat’s pupil can expand to be 50% larger than a human’s.

Cats can, however, see in conditions that we humans would consider to be “dark.”

So, do cats have night vision?

Now that you know a little more about the anatomy of the feline eye, you can note the difference between seeing in the dark and being able to see in low-light situations. No animal (that we’re aware of) can truly see in the dark. This would mean being able to see clearly when there is absolutely no light. As far as we know, this isn’t possible.

Cats can, however, see in conditions that we humans would consider to be “dark.” The rods in their retinas, the tapetum lucidum, their large corneas, and split pupils allow them to use a small amount of light with extreme efficiency. This is how cats can hunt prey and navigate by starlight alone. It’s also how your living room lion can knock everything off the counter using only the light from the digital clock on your oven.

As crepuscular creatures (meaning most active at dusk and dawn), cats use this visual superpower to guide their everyday lives, whether it’s daytime or the middle of the night.