6 Strange Things Cat Does While Using the Litter Box 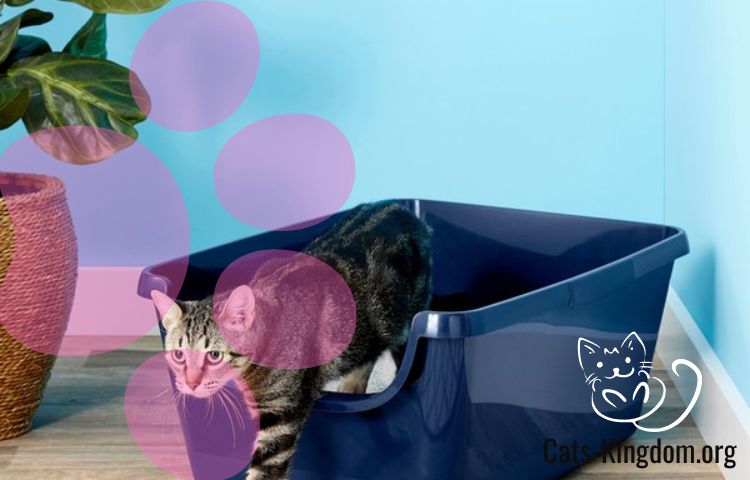 My cat, Furball, was a kitten when I adopted him. I was particularly worried about how to teach him to use the litter box. My worries turned out to be unjustified. After I showed him the box, he started taking care of things on his own a few hours later, seemingly by magic.

Because teaching Furball to use the litter box was quite simple, I anticipated that the rest of the process would go without a hitch. There was no way I was expecting any shocks. Of course, that was before to Furball’s maturation and the emergence of his personality traits. Here are a few odd things he does when he uses the toilet.

1. When using the litter box, the cat enjoys company

I always thought that cats liked privacy when they were using the litter box. Furball’s an oddball because he likes company when he goes to the bathroom. It’s a bit like how two women will go to the restroom together at a restaurant.

When I step into the bathroom, Furball runs in to join me. Then, while he’s stepping around in his box, he gives me a stern look as if to say, “Please I’d like some privacy.”

2. Yodels prior to leaving

One day, I heard Furball meowing loudly from the bathroom. His meow sounded a lot like the cry he made when he was looking for me, but couldn’t find me because I was in another room. However, this meow had an extra trill to it. The best way to describe it would be that it was a cross between a yowl and a yodel.

I immediately ran to the bathroom to see what was the matter. Absolutely nothing. Furball was using his box with no signs of straining. He wasn’t hurt. It wasn’t a cry of pain. I think he just wanted some company.

3. Use the box as soon as it has been cleaned

If I take Furball’s food dish out of the drying rack and place it on the counter, the sound of the bowl clinking on the granite surface causes him to immediately run into the kitchen.

Similarly, as soon as I start digging out his litter box to clean it, Furball comes running. He’ll patiently wait for me to empty out the entire box. Then, he’ll sit and watch me pour a fresh layer of litter. Finally, right after I’m done, I have two seconds to admire the clean box before Furball hops in to use it.

4. Leaves the restroom straight away after urinating

There’s a saying that people like the smell of their own (four-letter word that starts with S). Well, that certainly doesn’t apply to my cat. As soon as the log hits the box, Furball bolts out of the bathroom as fast as he can. He tears across the living room and races up the stairs. It’s almost as if he can’t get far enough away from the smell of his own poo.

5. Shuffles litter around and leaves the logs unburied

Before Furball, I always thought that cats were fastidious about burying their excrement. Not my cat!

He likes to dig and shuffle litter around in his box for ages. I’ll hear the sound of little paws scraping against the box. However, when he’s done, I’ll go into the bathroom and be assaulted by a pungent ripe odor. Litter will be scattered all over the floor and heaped in piles inside the box, but the poo will be lying right on top.

Popular Read:  How to Teach Your Cat to High Five? - Explained In Detail

6. Uses the rug to clean his paws

Furball’s litter box looks like a castle. That’s because there’s a moat of litter mats surrounding the box. It’s my way to minimize litter tracking in the house.

Furball seems to think this is a problem, too. Lucky for him and unlucky for me, he found the perfect solution. Whenever he has litter stuck to his feet, he’ll calmly walk over to the living room rug and wipe off his paws, similar to how someone wipes the mud off their boots on a welcome mat.

I suppose I should be rejoicing, though. Furball always uses his box. He also patiently puts up with me switching litter brands multiple times in my quest for the ultimate in odor control, value, and eco-friendliness. Furball’s a good litter box user despite his quirks. For that, I’m eternally grateful!